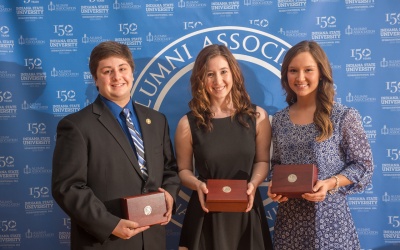 The Richard G. Landini Outstanding Junior Award recognizes men and women for their outstanding achievement and service to their campus and community. Award recipients represent and reflect favorably on the ideals and values of Indiana State University. Students with a 3.25 grade point average and between 63 and 93 credit hours are eligible for the Richard G. Landini Outstanding Junior Award. The Signature Events Committee, made up of Indiana State University Alumni Association Board of Director members, reviews the nominations and selects 15 finalists to be invited to the Outstanding Junior and Senior Awards every spring. Two males and two females from each class are selected to receive these prestigious awards and are notified during the Outstanding Junior and Senior Awards. 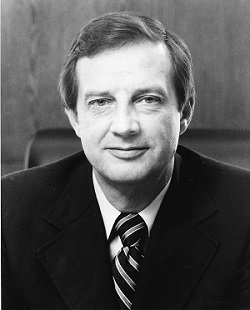 Other changes included approval of a $55 million campus Master Plan by the Board of Trustees and the General Assembly. This resulted in the construction and completion of the School of Technology Building, Oakley Plaza, a recreation and athletics arena, Root Hall, University Pavilion, Parsons Hall (new administration building) and the new Hulman Memorial Student Union and Dede Plaza (at the site of the former Gillum residence hall).

During Landini's years as president, the general education curriculum was enhanced; admissions standards were raised and redefined; and several national honor societies were chartered, including Phi Kappa Phi, Sigma Xi, and Mortar Board. In 1980, North Central Association approved a 10-year reaccreditations and the American Assembly of Collegiate Schools of Business admitted ISU's School of Business to full membership.

In 1985, ISU's branch campus in Evansville became the University of Southern Indiana, the same year a new University logo featuring a sycamore leaf was introduced. 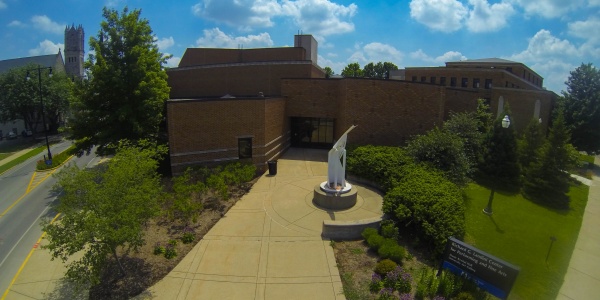