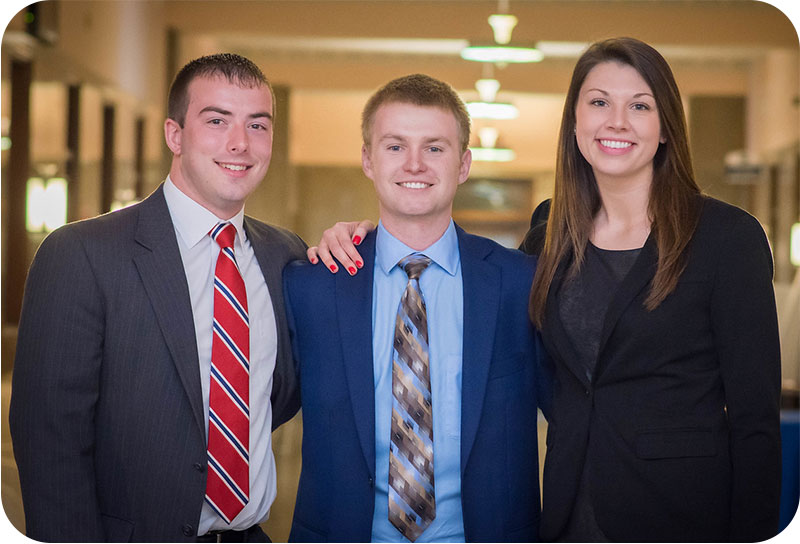 Zach, who is from Logansport, graduated from Lewis Cass High School. He was a National Honor Society member who served for four years on the student council. He also served as the head of concessions for basketball games for two years, and volunteered for the Special Olympics. He played baseball for the American Legion, and also was a four-year member of the Lewis Cass baseball team. He was named All-Loganland Baseball first team in 2011 and in 2012 was the All-Loganland Baseball Player of the Year. In 2012, he also was named first-team all-state second baseman.

Meagan is from Shelbyville, Ill., and graduated from Shelbyville High School. She was a member of the National Honor Society, including serving as vice president; four-year member of Key Club and was a two-year captain of her high school's scholastic bowl team. She served as sign coordinator for two years for her Relay for Life team and participated in three walks for Diabetes Walk for the Cure. Stenger also was a three-year member of Shelbyville High School's mathletes team. She also was a tutor for other students for two years.

Ben, who is from Huntingburg, graduated from Southridge High School. He was a member of the National Honor Society, Business Professionals of America and served as a peer mentor for Natural Helpers. He also was a four-year member of Students Against Destructive Decisions (SADD), serving as the organization's vice president his senior year. Weber played football, baseball and basketball all four years for Southridge, including being a three-year varsity starter in each sport. He was a two-year varsity captain on the basketball team and was named to the Evansville Courier and Press' All-Southwest Indiana boys' basketball first team.