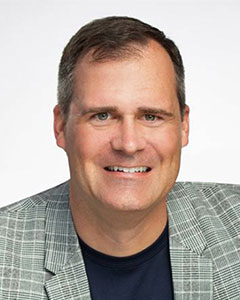 On March 9, 2021, Scott Ingram presented The Future of Digital Selling: Lessons from COVID-19 via Zoom. The event was very well attended with 83 students and business professionals taking part. "Remote selling has made relationships more difficult, but at the same time reach has increased because of technology ultimately expanding opportunity." 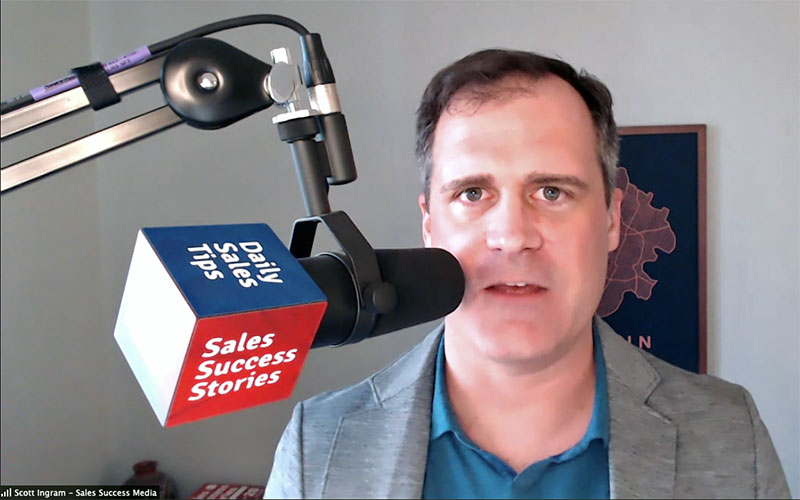 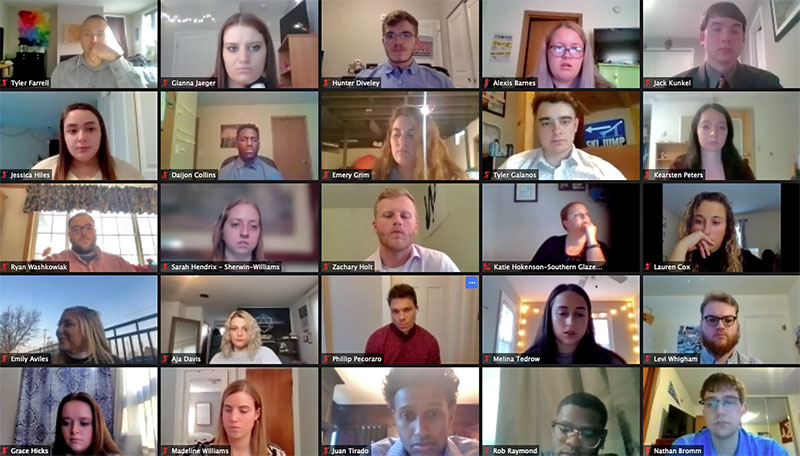 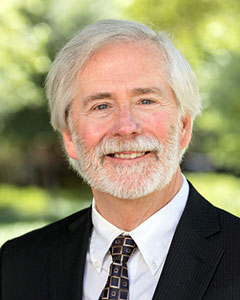 On Tuesday, February 18th 2020, Dr. Marshall presented “Days of Future Passed: (Re)Imagining the Role & Impact of Sales in the Next Decade,” drawing on his experience with selling, sales management, and product management in the consumer packaged goods and retailing industries with Warner-Lambert, Mennen, and Target Corporation. He also shared insights from his considerable experience as a consultant and trainer for a variety of organizations and insider knowledge on the academic front; specifically as the current Editor-in-Chief for European Journal of Marketing, and former editor of the Journal of Marketing Theory and Practice and Journal of Personal Selling & Sales Management. He is also the author of several sales and marketing texts. He shared his vision of the future of sales and its impact on business success. His presentation included the impact of AI and other emergent technologies on the role of the salesperson as well as the changing nature of sales roles.

The interactive workshop focused on jumpstarting people's sales career. It provided tips to new and soon-to-be salespeople on how to start strong and get their career in sales started on the right foot. He drew on personal experience and knowledge from the academic and business sectors to help ignite people to be their best from the start. 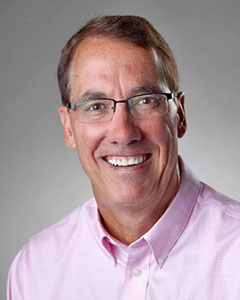 From a Dental School drop-out to a National Sales Manager of a multi-billion-dollar medical device company, Chip Helm has honed his sales skills from the ground up. Chip knows how to develop and maintain long-term relationships to help drive sales success. If it is personal branding, practicing humility, or following-up and following-through, his practical advice is applicable to anyone at any stage in their career.

His mentoring, and leadership has helped thousands of students, and colleagues over his last three decades in sales. Chip is a regular guest lecturer at business schools around Indiana. He is also a certified coach and college lecturer. His loves are family, work, and his home in Northern Michigan.

Chip holds a BA in Biology from Indiana University and an MBA from the University of South Florida. Married for twenty-six years, Chip met his wife, Cyrilla, at USF while in the MBA program. They have three adult children all pursuing education and professions in health and medical disciplines. Chip has worked for Cook Medical for over thirty-two years.

Chip presented “Everyone is in Sales,” a motto he strongly believes in. Chip will demonstrated the “KISS” method (keep it simple stupid) to describe the life lessons and behaviors that can make you successful for your life and career. His presentation was followed by a networking session where students could interact with the companies in attendance to build relationships that have led to many job placements in the past.

Photos from the students sessions, February 19, 2019 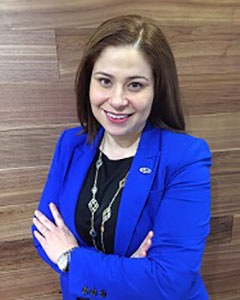 Laura Munoz presented “Table for 3: Your Client, You, and the Role of Emotions in the Sales Process.” She described how understanding the role of emotion in client relationship can enhance your selling ability and lead to long term success. Her presentation was followed by a networking session where students will interact with the companies in attendance to build relationships that have led to many job placements in the past.

Dr. Munoz received her Ph.D. in Business Administration – Marketing/International Business from the University of Texas-Pan American (AACSB accredited, now UT-Rio Grande Valley) and is currently serving as an Associate Professor of Marketing at the University of Dallas. She has over ten years of experience teaching marketing, entrepreneurship, and professional selling courses. She also serves as a mentor to student organizations and faculty coach in national selling competitions. Her team just recently brought home the gold at Florida International University’s Global Sales Competition in the English track.​ 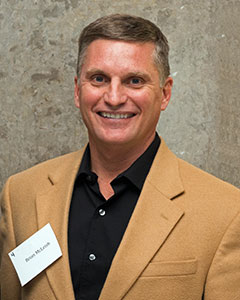 Brian McLeish presented “The Power of Needs and Nods” on Tuesday, February 21, 2017 in the Heritage Ballroom in Tirey Hall at 5:30 pm. (Download event PDF)

He described how the needs assessment technique can be used in creating client relationships along with how the simple nod can enhance your connections. His presentation was followed by a student who has completed a sales internship sharing how understanding the needs of clients played into their experience.

Brian was born and raised just north of Terre Haute in Clinton, IN, and graduated from Saint Joseph College with a degree in Mathematics and Physics. He also lettered 3 years in baseball for the Pumas. He began his career at State Farm in 1989 as an Auto Underwriter in Bloomington, IL, and moved to Paris to be a State Farm agent in 1996. In 2001 Brian transitioned into Agency Leadership and is currently the Sales Leader for West Central Indiana and East Central Illinois. He and his wife, Jami (who works at State Farm in Systems Department) have 3 children and 4 grandchildren. The McLeish’s are passionate about helping kids, and so Brian has served as the President of the Board of Directors for the Community Recreation Center in Clinton, IN since 2005. 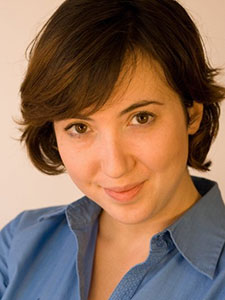 Melissa Bowler presented “Improving Your Sales Performance through Improv” and described how this technique can be used in training salespeople and engaged the audience in exercises to demonstrate its application.

Melissa Bowler is a founding member and Executive Director of the Providence (Rhode Island) Improv Guild, an improv school and venue that has quadrupled the improv community in Providence. She has conducted seminars on using improv in sales at other universities such as Baylor University and the University of Georgia. 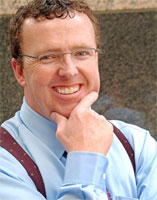 Craig Elias is the creator of Trigger Event Selling, ™ author of the award-winning sales book SHiFT! The Chief Catalyst of SHiFT Selling, Inc. and LinkedIn user 3,956 of now over 325 Million users. For almost 20 years, Craig used Trigger Event strategies to become a top sales performer at every company that has hired him – including WorldCom where he was named the #1 salesperson within six months of joining the company.

Author of "The Boxcar Millionaire,"

Founder of the solution selling concept and co-author of "What Great Salespeople Do: The Science of Selling through Emotional Connection and the Power of Story,"​ 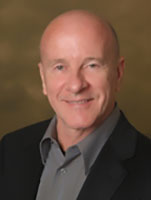 "Bosworth has been influential in developing several different schools of thought in the sales field through the last several decades," Jon Hawes, director of the Sales and Negotiations Center in the Scott College of Business at ISU said. "Bosworth was involved in the creation of spin selling, which emphasizes salespeople asking questions of potential clients in a sales call to determine how to best suit their needs, Hawes said. Bosworth also created "solution selling," which is well-known and commonly used by salespeople in the technology industry," Hawes said.

Author of "The Boxcar Millionaire," Black grew up impoverished and credits goal setting and hard work as reasons for his success in sales and business. He presented "Achieving Sales Success Ethically," during which he explained his definition of success with the captivated audience as "the progressive realization of a worthwhile goal or dream."

"It didn't say I'd be the smartest or the best-looking or the richest. It didn't say that I had to have the biggest house or the best car," Black said. "It just said that every morning when I got up, I was progressively moving towards my worthwhile goal or dream."