Mike Alley, of Carmel, is a 1978 graduate of the Scott College of Business, in accounting. He retired in 2002 as president and CEO of Fifth Third Bank of Central Indiana and is chairman and owner of Patriot Investments, LLC. He also serves as a commissioner for the Indiana Department of Revenue. Prior to that, he was asked to serve as interim chairman and chief executive officer of Integra Bank Corp. of Evansville, Ind., a position he held until 2011.

Mike and Amy Alley made a $1 million commitment to March On! -- the Campaign for Indiana State University. Part of their gift will be for the Scott College of Business and part for the Bayh College of Education as well as student activities). "Indiana State was such an integral part of the development of both of our lives.," said Mike.

Mike is currently a member of the ISU Board of Trustees as well as the Indiana State University Foundation Board. He was former chair of the national campaign committee for the March On! Campaign, and he serves on a variety of other non-profit boards such as Boy Scouts of America Crossroads of America Council and United Way of Central Indiana. He and his wife, Amy, are passionate about Indiana State University and have been actively involved in the life of the university for more than 20 years.

"We experienced outstanding academic preparation," Alley said, "but more importantly, we enjoyed many opportunities to grow personally through the student leadership activities and the lifelong relationships developed during our time at ISU."

Shannon Anderson – from graduate to CEO of her own company in 3 years!

Shannon Anderson, ’17, snagged a job as a supply chain analyst after graduating from Indiana State with a bachelor’s degree in operations and supply chain management and a minor in French.
She is now co-founder and Chief Operating Officer at smileML, a Techstars Air Force company that creates better experiences and safer communities by turning video into actionable intelligence for a variety of applications. 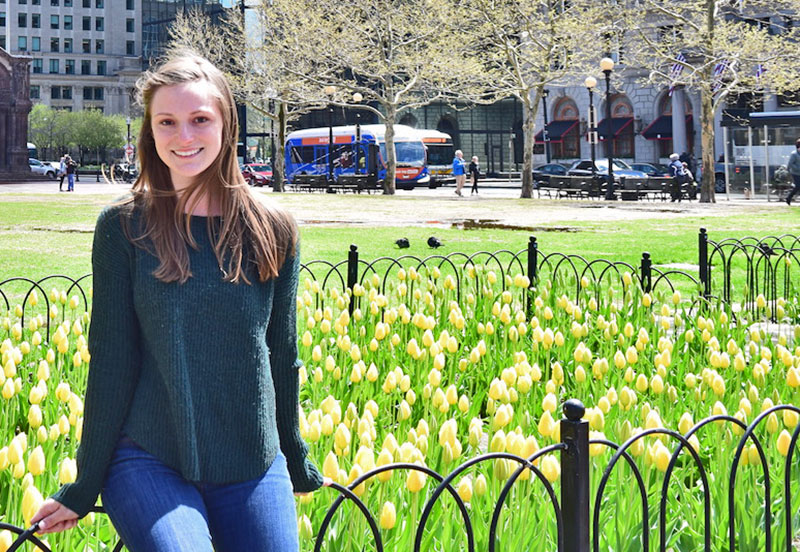 A Terre Haute native, Baesler earned his degree in business administration from Indiana State in 1972. From there, he became a partner with his father at Baesler's Market, making him the fourth generation to operate the area's oldest local retail grocery store. He now also owns a branch of his store in Sullivan, IN.

A Mentor to Many

As a business owner, Baesler has encouraged numerous young adults to pursue their education at Indiana State, offering them financial reimbursement for grades as well as adjusting their work schedules so they could meet classroom obligations.

Baesler has given back to his community by donating food to Harmony Haven, supporting the Spay-Neuter League, Terre Haute Boys/Girls Clubs, and the Boy Scouts of America. He has also supported his alma mater as a Sycamore Athletic Booster, a member of the Vigo County Alumni chapter and supporter of Indiana State's Alpha Tau Omega chapter. In 2008, he was appointed by the governor as a member of the ISU Board of Trustees.

He currently serves as a member of the board of directors for many organizations, including Wabash Valley Crime Stoppers, Terre Haute Savings Bank, Terre Haute Chamber of Commerce, as well as past chairman of the board for the Indiana Retail Grocers.

He and his wife, Julie, an ISU alumna in Family & Consumer Sciences, reside in Terre Haute. They have two sons, Nicklas and Casey. 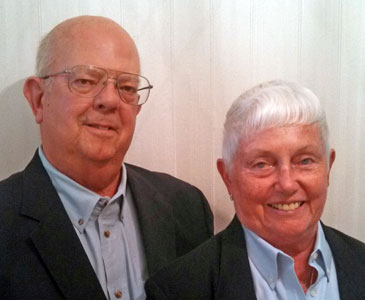 The Barefords graduated in 1964 - Tom at the top of his class with a bachelor's degree in business and Debbie with bachelor's degrees in business administration and business education as well as a master's degree in marketing education. Until their retirement, Tom worked in the banking industry and Debbie as a teacher. Debbie has served on numerous university and Alumni Association boards and committees, and Tom currently serves on the ISU Foundation Board. Both are members of the Blue Card Club, Book and Torch Society and 1865 Society and are recipients of the foundation's Philanthropy Award.

In introducing the Barefords as the first couple to be named Distinguished Alumni, classmate Michael Simmons recalled how the trio worked together to organize a trike race in 1963 in an effort to address the lack of attendance at Indiana State's homecoming. The Sycamore Tricycle Derby, as it is now known, marked its 52nd running this year.

"As the saying goes, Debbie and Tom truly bleed blue in all that they do," Simmons said. "It is clear that these two have shared their passion, enthusiasm and dedication for their alma mater for more than 50 years as a couple. It is only fitting that we present this award to the couple."

A specialist in business, marketing, information technology, and co-operative education, Beadle formerly served as state program specialist for the Indiana Department of Education. She is currently an independent education consultant with Cengage Learning, Business Professionals of America (BPA) and DECA. She earned her bachelor's in 1965 and master's in 1972 from Indiana State University. She was selected as a 2007 Distinguished Alumni Award recipient and in 2013 received the Friend of Business Education Award.

Beadle served on the advisory committees for ISU’s marketing and business education programs and was involved on a committee that began the organization of personal finance standards for ISU’s Networks Financial Institute. She worked with Kelly Wilkinson, associate professor of business education, on a new vocational business endorsement currently being offered at ISU, in addition to presenting at the school’s Business Education Clinic on numerous occasions during the past 16 years. 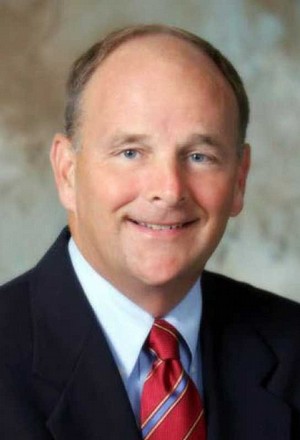 Beeler has been widely recognized in the business community. Until his recent retirement, he built a 24 year career with Berry Plastics; an Evansville-based plastic packaging company. During his tenure at Berry, he successfully assisted with the organic and acquisition growth as Chief Operating Officer. He was responsible for the sales and profits of Berry's $ 4.1 billion business. Beeler is a member of the Scott College of Business' Dean's Executive Council as well as the ISU Foundation Board and the ISU Alumni Association, as well as Lambda Chi Alpha social fraternity. He graduated with degrees in marketing and management from Indiana State. 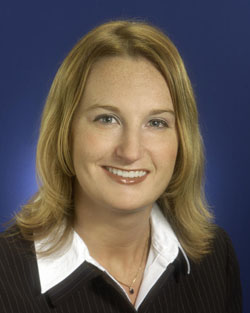 Maureen (Wozniak) Biehl, BS '98, is a vice president and client executive for selected clients of Marsh’s Indianapolis Office. In this role, she is responsible for coordinating the delivery of all Marsh resources to her clients, supervising the client team, developing marketplace strategies, and crafting solutions of unusual business and insurance risks for property and casualty accounts.  Maureen specializes in servicing multinational and global clients.  Her clients include firms in the life sciences, automotive, financial, manufacturing and technology industries.

Maureen joined Marsh Detroit’s claim group in 1999.  She then worked for General Motors Corporation both in Risk Management in Detroit and in Finance for the Allison Transmission Division. Maureen rejoined Marsh in Indianapolis in 2002 and specialized in coordination and delivery of multinational insurance programs.  She has experience with global property placements, including quota share and layered programs, in the US, Bermuda, London and Zurich markets.  Maureen maintains overall accountability to clients for all services provided by Marsh around the globe.  She designs insurance and risk management programs and ensures optimum service and coordination of worldwide Marsh resources are delivered to clients.

She earned her bachelor's degree in insurance and risk management from Indiana State University in 1998 and her master's in business administration (MBA) from Butler University.

Gary Bolinger began his career with the Indiana CPA Society in 1984 as the field activities director.  His responsibilities included chapter management, relations with educators, Educational Foundation and legislative relations . He was named executive director in April 1990. In November 2001, Bolinger was named Association Executive of the year by the Indiana Society of Association Executives.  And, in 1998, he received the Indiana CPA Society Chairman's Award.  Both awards are given to an individual who has shown outstanding dedication and service to his organization and profession. Bolinger earned bachelor’s and master’s degrees at Indiana State University. 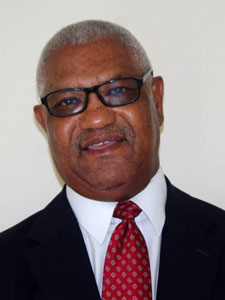 A Wealth of Knowledge

Richard Bonds graduated from Indiana State with a degree in marketing. He also is certified as a Human Resources Professional by the Society of Human Resources Management.

Bonds is very involved in community and professional activities. He is a past member of Indiana State University's Board of Trustees and has served on many other boards such as 100 Black Men, the National Council on Educating Black Children, United Way, YMCA, Madame Walker Center and the Indianapolis Private Industry Council, among others. 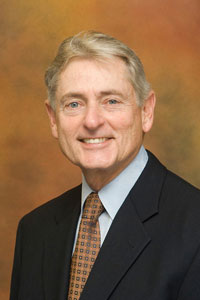 A retired partner from PricewaterhouseCoopers LLP, Boulet is a member of the ISU Foundation Board, the American Institute of Certified Public Accountants and the CPA Society. He advises mid-sized companies on succession and strategic planning through Boulet Consulting and serves on the Board of Directors of Bioanalytical Systems, Inc.

Larry and his wife, Elizabeth “Buffy” Boulet, have significant leadership roles with marketing and regional activities in regard to ISU's March On! Campaign. Long-time supporters of ISU and the Foundation, the Boulet’s most noteworthy contribution is the establishment of the Boulet President’s Scholarship in 2003. The scholarship offers selected Indiana students a four year scholarship to prepare for a career in business. 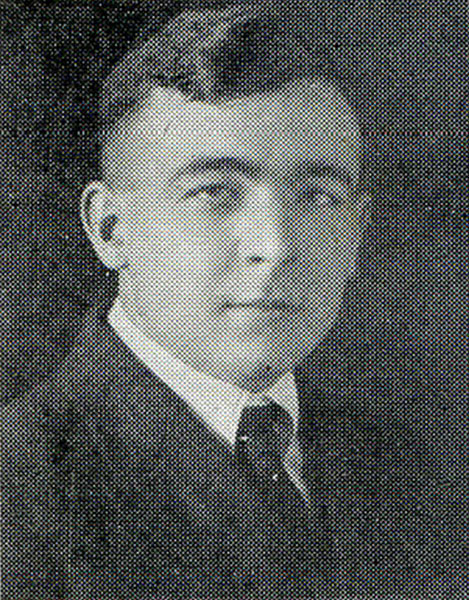 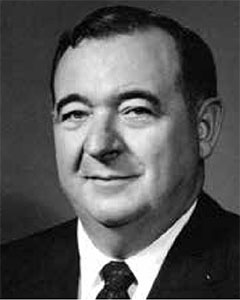 Herman was born in Terre Haute on October 17, 1902. He graduated from Indiana State Normal School in 1923 with one of the first undergraduate degrees in commerce. While at Indiana State, Herman was active in the Commerce Club, Press Club, Daedalian, Basketball Manager ’22 ’23 and Tennis ’22 ‘23. After graduating, he worked for Standard Oil Company (later Amoco) for 40 years holding numerous positions within the company. Among his accomplishments was the successful set-up of the accounting systems for the company’s foreign holdings. Herman married Fern Mildred Hansen on May 24, 1931 in Clear Lake, Iowa, and they spent their honeymoon in South America visiting Argentina, Brazil, Mexico and Uruguay..He was a recipient of the 1959 Indiana State Distinguished Alumni Award. Herman passed away on February 10, 1994, aged 91, and is buried at Clear Lake Cemetery, Iowa.

A director of Sempra Energy in San Diego since 2001, Brocksmith is an independent financial consultant and the former Deputy Chairman and Chief Operating Officer for the U.S. operations of KPMG Peat Marwick LLP. He also is a director of AAR Corp. and Alberto-Culver Co. and former director of Nationwide Financial Services. HIs in-depth experience with public accounting issues and knowledge of corporate accounting, tax and compliance practices are important for Sempra in his role as chair of the Audit Committee. His financial credentials provide a resource that is helpful to the board given today's increasingly complex financial environment. Sempra Energy ranks 433rd on Forbes Global 2000 companies listing (2010).