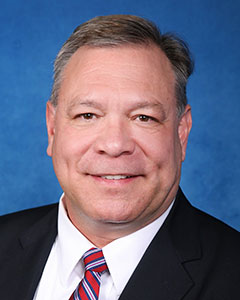 Tim earned his baccalaureate with a double in Financial Management and Business Administration from Indiana State University 1980, and returned for his MBA in 1989 before receiving his Ph.D. from the University of Georgia.

Tim was an instructor here from 1991 to 1994 before becoming assistant professor at Illinois Wesleyan University. In 2006, he became Associate Professor and Mountain States Insurance Group Endowed Chair at New Mexico State University.

Tim has just completed his term as president of the Asia-Pacific Risk and Insurance Association (APRIA). In a 2019 interview with AM Best Tim wrote of the college that “I had been an instructor in the Department of Finance and Management at Indiana State University in the early 1990s, where I observed one of the most successful regional RMI programs.”

Keith Richards is director of quality for Crown Equipment Corp of Ohio. He travels frequently to Crown’s locations around the world and contributes to the future of the company through innovation, product development, and customer support. Keith graduated from ISU with an Operations and Supply Chain Management degree in 2000. In 2005 he was honored by Indiana State as a recipient of the GOLD (Graduates of the Last Decade) Award. He is currently a member of the Scott College Young Professionals Board.

Riley has served as Vice President and Chief Financial Officer of Goodwill Industries of Central Indiana, Inc., since 1997, with responsibilities for accounting, payroll, finance, treasury, risk management, facilities, new construction, safety and loss prevention. He is a Certified Public Accountant and previously worked at Cinergy Corporation and Arthur Andersen in Indianapolis. Riley is a member of the American Institute of Certified Public Accountants and the Indiana CPA Society and serves on the Indianapolis Chapter Board of Financial Executives International. Riley was named the 2008 Not-For-Profit CFO of the Year by the Indianapolis Business Journal and is a graduate of the Stanley K. Lacy Executive Leadership Series (Class XXVI). 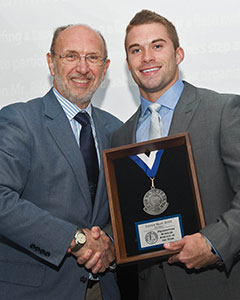 When Tanner Riley arrived at State, the Sycamores had a nationally known losing streak. He tapped his mental toughness to leave them with three consecutive winning seasons, an impressive GPA (not to mention an MBA) and a job at RJE Business Interiors.

Accepting a full football scholarship to Indiana State in the fall of 2009 was “a no-brainer” for Tanner Riley. Not only was the scholarship financially enticing, but it was also extra challenging to play football with the Sycamores.

“Kim LaGrange and Dr. Jeff Harper played very important roles during my time at ISU,” Riley said. “I was very fortunate to have Kim as a professor in both undergraduate and graduate classes. I credit Kim for me having my current job today. I’m also very appreciative of Dr. Harper, as he gave me the opportunity to be a part of the MBA program and also taught one of the graduate courses apart of the curriculum.” 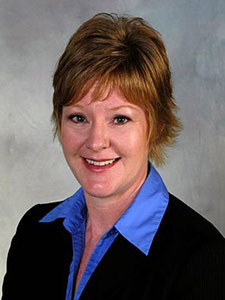 Cheryl Roberson (’90), Scott College of Business alumna and now program director with the defense sector of Rolls-Royce. Cheryl is responsible for the success of the E-2 Hawkeye, Global Hawk, Triton and T56 industrial engine programs. She manages all elements of these programs including production, sustainment, product development and growth.

In addition to her program responsibilities, Cheryl is the Executive Advisor to the Rolls-Royce Women in North America (RRWNA) group and serves on the Board of Directors of Lockheed Martin Commercial Engine Solutions. Cheryl has held a variety of management roles during her sixteen years with Rolls-Royce.

Cheryl is a certified Project Management Professional and graduated with a Bachelor of Science degree from Indiana State University’s School of Business in 1990. While at ISU, Cheryl held several leadership positions, including vice president of the Gamma Phi Beta sorority. Cheryl also joined the Advisory Board of the College of Technology in 2014, and has made presentations to Scott College of Business students on supply chain management.

Cheryl is married to Jon, a fellow graduate of ISU and has two teenage daughters, one of which is currently a freshman Honor’s student at ISU. 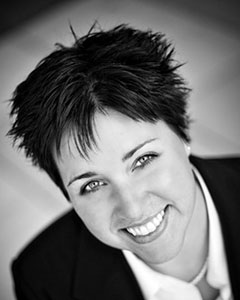 Jessica Robertson Benell was re-appointed by Governor Eric Holcomb in 2017 to serve as the Commissioner of the Indiana Department of Administration. In this role, she is responsible for a 200+ employee organization that manages various state wide functions including procurement, public works, facilities management, fleet services, real estate, state surplus and minority and women’s business enterprise. Robertson was originally appointed in 2013 under Governor Mike Pence for this Cabinet-level position.

Previous to that position, she served as deputy commissioner over procurement in Indiana where she led a team that streamlined the state’s approach to the purchasing of goods and services.

Jessica joined the public sector in 2005 as a Governor’s Fellow under Governor Mitch Daniels.  In 2011, she was recognized as Graduate of the Last Decade (GOLD) from Indiana State University and was a member of the 2009 Richard G. Lugar Excellence in Public Service Series. 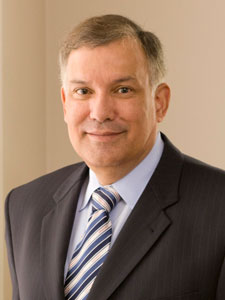 A Puerto Rico native, Robles earned a Master of Business Administration (MBA) degree from Indiana State University in 1979. From there, he went to the U.S. Army working his way up to Major General. From the Army, he became the chief financial officer at the largest provider of insurance to military families, and today, he is president and chief executive officer of USAA. Joe received the Distinguished Alumni Award in 2006.

While earning his master's at Indiana State, Robles taught day classes in accounting and finance at Fort Benjamin Harrison in Indianapolis, while taking night classes to earn his degree. That hard work began his career with the Army. He moved around the world, serving in Korea, Vietnam, Germany and the Middle East. He even made a stop at the Pentagon as the Army's budget director and was commanding general of the 1st Infantry Division (the Big Red One). He retired from the military in 1994, after 28 years of service, and headed to Texas.

Robles's military experience helped him land the job as USAA's senior vice president and chief financial officer and today as the company's president and CEO. He handles all the finances of the Fortune 200 company that employs more than 22,000 people globally. He works to build and protect the financial security of USAA members, which today are more than 7.2 million strong with more than $126 billion in owned and managed assets. 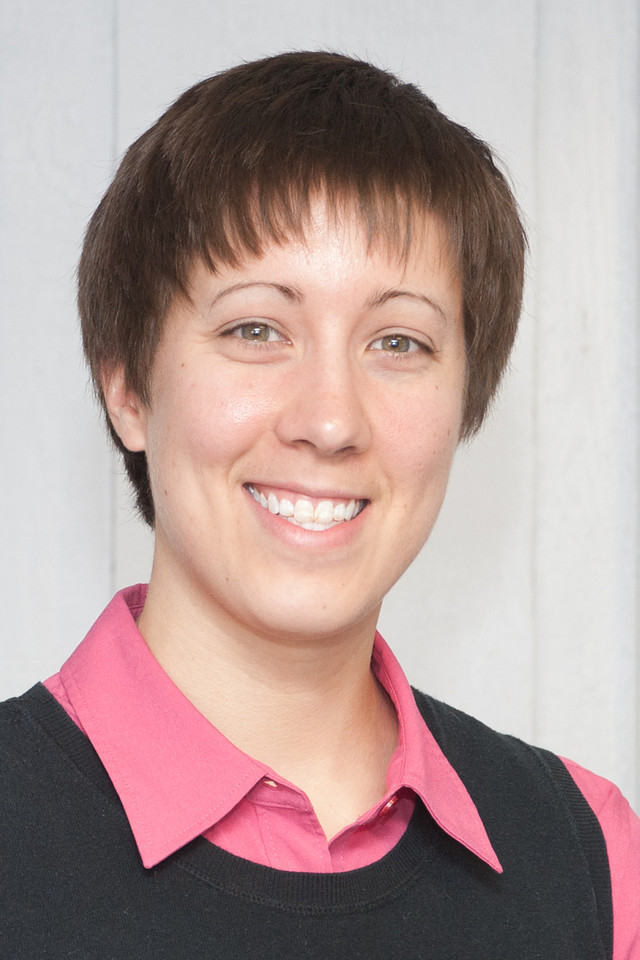 Laura is a new member (2012) of the Scott College of Business’ Young Professionals Board. After graduating from ISU, she went on to earn her MBA at the University of Missouri, Columbia. She has held a variety of positions, including one with the City of Terre Haute as a risk management intern, with Orbital Sciences (also as an intern), and with Shelter Insurance Companies as a market research analyst. Most recently, she joined dunnhumby in Cincinnati, as a senior associate (analyst). dunnhumby is the leader in personalizing the customer experience for retailers and brands such as CocaCola, Macy's and more. During her time at ISU, she played basketball, achieved honors as a Rankin Distinguished Senior, Honorary Insurance Commissioner for Indiana and Dean’s Honor Scholar.