Past Leaders in Action 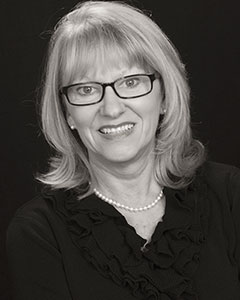 This year's Leader in Action is Kimberly O. Smith, J.D., CPCU, who has served in numerous leadership positions in the insurance, higher education, and not-for-profit industries.

Smith’s insurance career began in 1980 when she joined Indiana Insurance Company (now Liberty Mutual) in Indianapolis as a claims attorney. She went to Indiana Farmers Mutual Insurance Company in 2000 as general counsel and vice president of human resources. She was elected executive vice president and general counsel in May 2012. Smith became President and CEO of Indiana Farmers in January 2014. 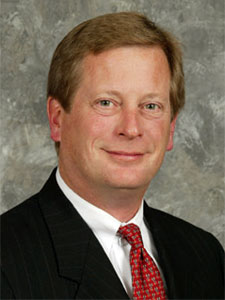 This year's Leader in Action is Mark Henderson, President and CEO of Executive Vice President and Chief Operating Officer, Lockton, who will speak at the Scott College of Business on October 6, 2015.

Mark has been at Lockton since 2001. Mark’s 25-plus years in the brokerage industry have focused on client development and leadership activities. He was also the Leader in Action's first speaker when the program started in 2007. Lockton Companies is the world's largest privately held insurance and risk management consulting firm.

Prior to joining Holiday World & Splashin’ Safari, Matt was a senior auditor with Arthur Andersen in its Indianapolis office.

Matt is a graduate of Indiana State University, where he obtained his Bachelors of Science in Accounting and Insurance.  He serves on the Dean’s Executive Council for the Scott College of Business and is a Certified Public Accountant.  In addition, he is on the School Board of Trustees for Southeast Dubois School Corporation, the Board of Directors for the Indiana Chamber of Commerce, the Strategic Planning Commission for the Evansville Diocese, the Dubois County Community Foundation Board and its Finance Committee, and is a Certified Attractions Executive with the International Association of Amusement Parks and Attractions.  He resides in Schnellville, Indiana with his wife Tonya and three children – Abby, Claire and Drew.

September 22, 2011 - "After the Crisis:  The Transforming of Financial Services" 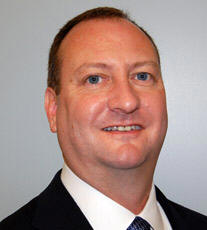 Jon Greenlee, (ISU degree in finance, 1985) is Managing Director of Financial Services Regulatory Practice, for KPMG, LLP, in Washington, D.C., and was formerly with the Federal Reserve Board there as Associate Director of the Division of Banking Supervision and Regulation.

He brings over 24 years of senior bank regulatory experience dealing with financial services risk management issues, developing regulatory policies, and representing the Federal Reserve in Congressional and public forums.  His experience as a member of the Division of Banking Supervision and Regulation of the Board of Governors of the Federal Reserve System allows him to help clients identify and address key regulatory and risk management issues facing the financial services industry and develop effective responses to the challenging regulatory environment. 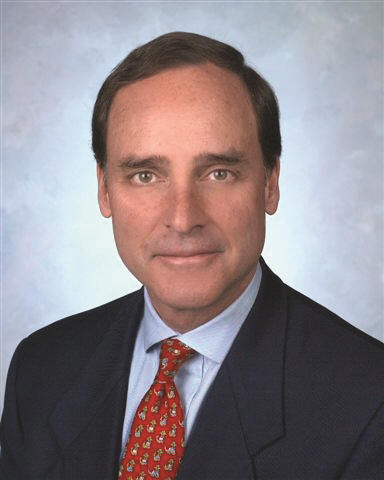 Robert Restrepo is Chairman, President and CEO, State Auto Insurance Companies.  He has a broad and deep background in the property casualty insurance industry, encompassing both national and regional companies.

Throughout his career, he has consistently demonstrated a strong commitment to the independent agency system. His varied experience includes senior executive roles at Aetna, Travelers, Hanover, and most recently with Main Street America Group in Jacksonville, Fla. He is a graduate of Yale University.

Jack North had a long career with State Farm and was one of five members of the Office of the Chairman. His successful career led him to start his own business to help companies develop the kind of leadership environment that he fostered on the job for over 25 years. Including his time at State Farm, he has spent nearly 40 successful years in the people business as an executive, teacher and coach. North earned both his bachelor’s and master’s degrees in education from Indiana University of Pennsylvania and Slippery Rock State University, respectively.

"Building Leaders One on One" 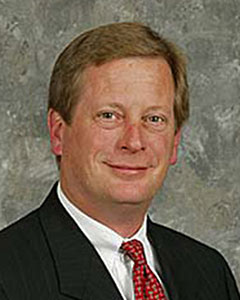 During his stay on campus, Henderson will be making a presentation to students at 3:30 p.m. April 10 as part of a capstone insurance and risk management course. This presentation is open to the general public as well and will take place in room 105 of the College of Business. Following his classroom presentation, he will participate in a reception, dinner and presentation with members of Gamma Iota Sigma (the ISU chapter of the national collegiate actuarial, insurance, and risk management society) in ISU's Hulman Memorial Student Union.

The Leader in Action Series is designed to bring top industry executives and leaders in insurance to campus to share their time and talents with students, faculty and the community, said Mary Ann Boose, professor and program coordinator for the IRM Program at Indiana State. "These exchanges build long-term bridges with our industry partners, which will, in turn, provide timely, cutting-edge education for our students and countless opportunities for those students and the company representatives to network."