Outstanding student enrolled in the College of Business Insurance Program.

Forrest Sherer was born in Edgar County, Illinois on July 29, 1901. He came to Terre Haute in 1919, and started his insurance agency business in 1920. He subsequently developed the company into the largest in Indiana. 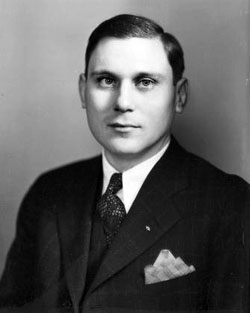 In addition to his business activities, Sherer gained much recognition for his civic leadership. He was president of the Indiana State University Foundation, a board member of Rose-Hulman Institute of Technology, a board member of St. Mary-of-the-Woods College and chairman of the development fund for Gibault School for Boys. He also had been awarded an honorary Doctor of Law Degree from Indiana State University. Her served as president of Kiwanis Club, Terre Haute Area Chamber of Commerce and Goodwill Industries, as vice president of Terre Haute Committee for Area Progress and as a director of the YMCA. Sherer was a past president of Wabash Valley Council, Boy Scouts of America, and was the recipient of numerous scouting awards including the Silver Beaver and the Silver Antelope awards. Sherer also served on the board of Merchants national Bank and was involved with the Vigo County Historical Society, Terre Haute Civic Improvement Inc., the James W. Riley Memorial Association and the Rose Dispensary. Forrest passed away on February 22, 1979 aged 77 in Terre Haute and is buried in the Roselawn Garden Mausoleum.

Forrest had a long association with Indiana State University. The photo below shows a scholarship presentation at Forrest Sherer Insurance on December 23, 1960 (Indiana State Archives) 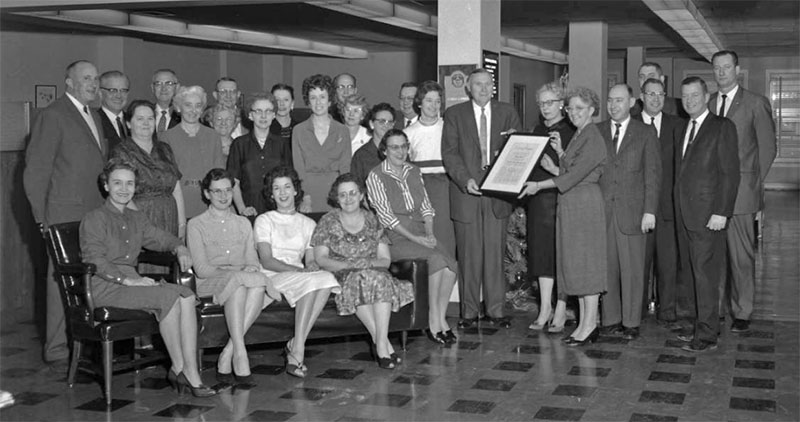 John C. Geyer was an insurance counselor and bond expert at the Sherer Insurance Agency for 20 years, but by his death in 1992, aged 74, had been in the insurance industry for 50 years eventually rising to deputy state insurance commissioner. John was the president of the Professional Life & Casualty Co. of Chicago, where he had been on the board for a total of 13 years. He had also worked for the Herke Insurance Center Inc. for 7 years.