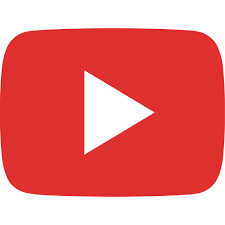 What Has Multidisciplinary Studies Done For You?

Published Articles on Students and Their Work

One of the booths promoting awareness was the Department of Multidisciplinary Studies at ISU. The members of the fairly new organization Student Coalition for Social Justice were there to promote the organization along with a new major that is to come in Fall 2017 — social justice.

Currently, ISU offers a major of Multidisciplinary Studies with a concentration of Social Justice. However, they are expanding it to become a major. The department of multidisciplinary studies also includes concentrations such as International Studies, Sociology, Philosophy and Gender Studies.

Student Coalition for Social Justice was founded last semester. Their hope is to grow and encourage students to think more about social justice at ISU. The organization currently has more than 10 members. They meet every Wednesday at 3:30 p.m. in Holmstedt Hall room 220, and anyone is welcome to join. The organization is planning to take trips to Washington D.C. and even to Africa.

Brooke Bunch, a sophomore and the president of the organization, explained that there are many important things to consider when it comes to social justice.

“I think the most important factor of social justice anywhere is actually going out and being active in the community,” Bunch said.

The Student Coalition for Social Justice booth included a world map with a jar of international injustices that occur around the globe. It also included a poster with post-it notes that allowed students to write down what they believe social justice is. The post-it notes often had phrases such as “Black Lives Matter” and “Equality.”

Wesley Lagenour, a junior and the vice president of the organization, expressed his opinion of how ISU takes part in social justice now and what he hopes to see in the future.

“I hope the students gain a real passion for social justice through this major and organization. There are a lot of discussions at ISU within students, but not a lot of channeling and action being done on the subject,” Lagenour said.

Student Coalition for Social Justice is hosting events for the upcoming weeks such as a fundraiser for campus ministries and their food pantry. They are also planning a movie theater trip to watch the new horror film “Get Out” and discussing it from a social justice perspective.

“There are different discipline variations that gears towards social justice. It’s an important topic for everyone,” Bunch said.