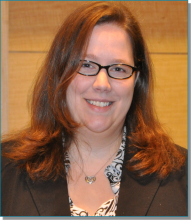 Research Interests: Gene expression and regulation in hematological malignancies and breast cancer, Tumor Immunology, and the interplay between cancer cells and their Tumor Microenvironment

Although significant strides have been made in understanding the complex interaction between tumor cells and their microenvironment, much remains to be defined.  For example, the role of the Immune System and immune suppression in both cancer development and progression remains to be fully elucidated.  Based on current clinical needs for new therapies, defining the links between the Tumor Microenvironment, the Immune System, and cancer progression remain of significant interest in both basic and translational research.

Of particular interest in my laboratory is the reciprocal relationship between cancer cells and other cells of the tumor microenvironment. In both breast cancer bone metastases and the various hematological malignancies, understanding the effects of malignant cells on the bone marrow and vice versa is essential to determining the role of the microenvironment in promoting cancer cell growth.  Beyond these general goals, the specific interests of my laboratory include: defining the effects of cancer cells on both osteoclasts and osteoblasts, determining the role of telomerase in gene regulation, recruitment and expansion of hematological cells within the breast tumor microenvironment, and the activity of immune suppressing cells within both the bone and breast tumor microenvironments.