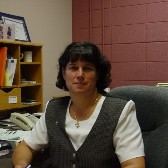 Mrs. Decker was a Deputy Prosecuting Attorney, in Marion County, IN, from 1985 – 1988, where her duties included prosecution of RICO (Racketeer Influenced and Corrupt Organizations) cases.  Mrs. Decker was later appointed to the Board of Public Safety for the City of Indianapolis by then Mayor Stephen Goldsmith where she served from 1993-1999.  From 1988-1995 Mrs. Decker was engaged in the private practice of law with the law firm of Feiwell & Hannoy practicing mainly in the area of business litigation.

In 1995, she began her current position at Indiana State University where she is a tenured associate professor regularly teaching undergraduate and master’s classes on subjects such as criminal law, law and evidence, law and society, courts and policing.  Mrs. Decker has also been an instructor at the Indiana Law Enforcement Training Academy in subjects including criminal law and sexual harassment.

For the past ten years she has taught legal subjects to police officers and prosecutors in continuing police and legal education seminars as an instructor for the Law Enforcement Training Institute.  Mrs. Decker teaches seminars on subjects including: arrest; search and seizure; interrogations, confessions and identifications; legal aspects of drug investigations; legal aspects of juvenile investigations; and police and legal ethics.

She is the author of articles and books on criminal justice subjects.  Some of Mrs. Decker’s publications include books titled Indiana Arrest, Search and Seizureand Indiana Interrogations, Confessions and Identifications published by LexisNexis as well as articles titled “The Search and Seizure of Electronic Pagers:  A Federal Case Law Review” published in Criminal Justice Policy Review and “Law Enforcement Hiring Practices and Narrowing the Applicant Pool: A Case Study” co-authored with Dr. Robert G. Huckabee published in Journal of Offender Rehabilitation.

Mrs. Decker is also a past recipient of the Indiana State Bar Association’s Women in Law Award.

School of Criminology and Security Studies