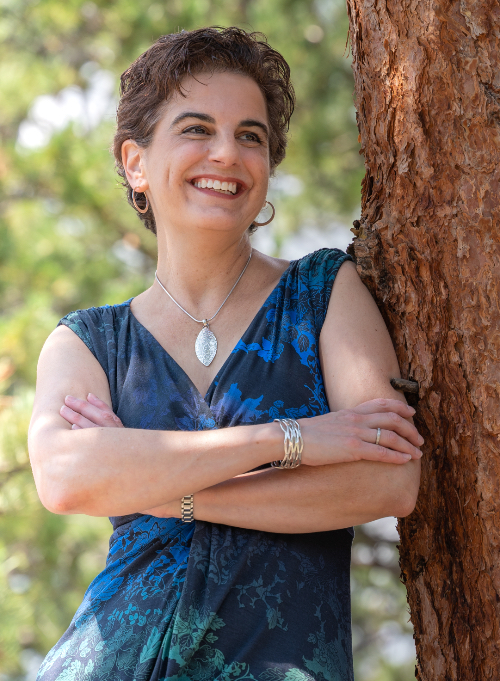 Stacy Garrop’s music is centered on dramatic and lyrical storytelling. The sharing of stories is a defining element of our humanity; we strive to share with others the experiences and concepts that we find compelling. She shares stories by taking audiences on sonic journeys – some simple and beautiful, while others are complicated and dark – depending on the needs and dramatic shape of the story.

Garrop is a full-time freelance composer living in the Chicago area. She served as the first Emerging Opera Composer of Chicago Opera Theater’s Vanguard Program (2018-2020), during which she composed The Transformation of Jane Doe and What Magic Reveals with librettist Jerre Dye. She also held a 3-year composer-in-residence position with the Champaign-Urbana Symphony Orchestra (2016-2019), funded by New Music USA and the League of American Orchestras. Theodore Presser Company publishes her chamber and orchestral works; she self-publishes her choral pieces under Inkjar Publishing Company. Garrop is a Cedille Records artist with pieces currently on ten CDs; her works are also commercially available on several additional labels.

Her catalog covers a wide range, with works for orchestra, opera, oratorio, wind ensemble, choir, art song, various sized chamber ensembles, and works for solo instruments. Recent commissions include In a House Besieged for The Crossing, The Battle for the Ballot for the Cabrillo Festival Orchestra, Shiva Dances for Grant Park Music Festival Orchestra, Goddess Triptych for the St. Louis Symphony Orchestra, Spectacle of Light for the Music of the Baroque Orchestra, The Heavens Above Us for the Reading Symphony Youth Orchestram and Alpenglow, a double concerto for saxophone, tuba, and wind ensemble commissioned by a consortium of 18 organizations. Notable past commissions include My Dearest Ruth for soprano and piano with text by Martin Ginsburg, the husband of the late Supreme Court Justice Ruth Bader Ginsburg, Glorious Mahalia for the Kronos Quartet, Give Me Hunger for Chanticleer, Rites for the Afterlife for the Akropolis and Calefax Reed Quintets, Slipstream for the Dallas Symphony Orchestra Musicians Chamber Music Series, and Terra Nostra: an oratorio about our planet, commissioned by the San Francisco Choral Society and Piedmont East Bay Children’s Chorus. Her current commissions include projects with KVNO Radio/Omaha Symphony Orchestra, Soli Deo Gloria Music Foundation, and Chicago Opera Theater for a new opera that will premiere in 2024.

Garrop previously served as composer-in-residence with the Albany Symphony (2009/2010) and Skaneateles Festival (2011), and as well as on faculty of the Fresh Inc Festival (2012-2017). She taught composition and orchestration full-time (Roosevelt University, 2000-2016) before leaving to launch a freelance career. She earned degrees in music composition at the University of Michigan-Ann Arbor (B.M.), University of Chicago (M.A.), and Indiana University-Bloomington (D.M.).