The liberal-arts college education is under attack. Legislators, governors and pundits are trying to discourage youngsters from pursuing degrees in the humanities, where they major in subjects such as art, music, communications or French, and in addition, become immersed in a wide variety of fields such as literature, history, logic and philosophy.

These naysayers claim that students should, instead, pursue degrees in science, technology, engineering, and math, because they might result in better paying jobs.

But doesn’t this idolization of money blur the larger issue? Is money the universal goal? Isn’t it rather to live a satisfying and fulfilling life? What satisfies one person is not necessarily for the next. Shouldn’t we want all kids to follow their dreams? Wouldn’t it be sinful to stomp on those ambitions?

Unfortunately, state legislatures are now bribing colleges to discourage students from liberal arts by providing extra funding if they lure kids into science, technology, engineering or math. What would we do without great artists and musicians who give us such inspiration and pleasure?

Walter Isaacson has studied the lives of Steve Jobs, Benjamin Franklin and Leonardo da Vinci in depth, writing biographies of each. He concludes that they were geniuses. When asked the source of this rare gift, Isaacson says that it need not be so rare — it comes from a playful curiosity fed by an understanding of cross disciplines.

Jobs, for example, was fixated on bringing both extraordinary function and exciting elegance to every Apple product. Da Vinci explored a wide range of everything from science to art, from Mona Lisa to The Vitruvian Man. Isaacson attributes their remarkable talents to their knowledge in a variety of disciplines. But his most important belief might be that many more people can become geniuses if they possess broad knowledge in a variety of fields of study.

While some aspects of college involve learning skills for a job, the most valuable benefits can be to learn how to learn and think critically. Large numbers of people will be required to adjust to several careers during their lifetimes, so being able to adapt and learn new competencies will be essential. There is widespread belief that a liberal arts education best enhances the ability to cope with an uncertain future.

The British Council, in partnership with Ipsos Public Affairs, conducted a study of current professional leaders with higher-education qualifications from 30 countries. It revealed that 55 percent of world leaders have liberal-arts degrees.

Edgar M. Bronfman, former CEO of Seagram, wrote, “The best preparation for life and career — be it in finance, entrepreneurship or something else — is a liberal arts degree. In all the people who have worked for me over the years, the ones who stood out the most were the people who were able to see beyond the facts and figures before them and understand what they mean in a larger context.”

Billionaire David Rubenstein, co-founder of the Carlyle Group, wrote, “You shouldn’t enter college worried about what you will do when you exit. Career-specific skills can often be learned on the job — whereas critical thinking and problem-solving skills are invaluable benefits of a humanities education — as demonstrated by the many Wall Street executives who studied humanities in college.”

MARTY SOLOMON IS A RETIRED UNIVERSITY OF KENTUCKY PROFESSOR AND CAN BE REACHED AT MBSOLOMON@AOL.COM. 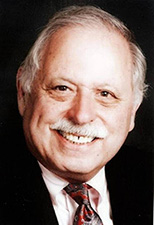