Alumnus’ stellar career in public relations started by him taking advantage of every opportunity possible while at State.

Veteran public relations executive Ron Culp’s climb to senior roles in government, corporations, agencies and higher education will land him behind the podium as alumni speaker for Indiana State University’s spring commencement ceremonies on May 12 at Hulman Center.

A founding member and former chair of the Plank Center for Leadership in Public Relations, Culp, ’70, is the professional director of the graduate program in public relations and advertising in DePaul University’s College of Communication. Culp serves as professional in residence and teaches courses on Chicago corporations and communication functions, agency management and leadership and also provides public relations counsel to corporations and senior executives.

“PR can make magic happen because it’s about finding out what makes people tick and motivating them and what makes business succeed. I discovered that if you can explain why people or businesses do what they do, you’ll be a successful communicator,” he said.

After beginning his career as a newspaper reporter at The Columbus Republic in Indiana following graduation, Culp spent eight years in political positions in Indiana and New York. He became the youngest department head in the New York General Assembly at age 24 when he was named director of member services, a 52-person public relations unit of the legislative body.

“Public relations is an ever-changing field, and I learn something new every day,” he said. “I love to figure out what makes the world go around, and it seemed to be a natural segue from journalism, where my career started.”

Prior to DePaul, Culp served as corporate officer and senior vice president of public relations and governmental affairs at Sears and worked in senior corporate communications roles at Sara Lee Corporation, Pitney Bowes and Eli Lilly.

He is the recipient of the Public Relations Society of America’s Gold Anvil for lifetime achievement and is the only individual to win the two top awards bestowed by the Arthur W. Page Society — the Hall of Fame and Distinguished Service awards. He received Professional of the Year awards from the PRSA chapters in both New York and Chicago and is listed in Crain’s “Who’s Who in Chicago Business.” Culp also serves on the Museum of Public Relations and Library in New York, PRSA Foundation and Gilda’s Club Chicago.

At State, Culp majored in political science and served as editor of the Indiana Statesman. He was also president of Cromwell Hall, the first individual to serve as the student member of the Board of Trustees and statewide chair of College Republicans. He is a member of Phi Delta Theta fraternity, received the university’s Distinguished Alumni Award in 2002 and is an emeritus member of the ISU Foundation board.

A first-generation student from a rural middle-class family, Culp came to State looking for an affordable education and new surroundings.

“There were 51 kids in my high school class and a lot went to IU or Purdue, so I saw coming to Indiana State as my opportunity to go out on own,” he said. “It was good value, economically, but also a chance to branch out beyond people who I have just spent 12 years. In doing so, I also found some amazing mentors who helped me along the way.”

Culp will draw on those relationships he built at State in his message to the graduates.

“I have made a major commitment to give back and help others,” he said. “I am a believer in seeking out mentors but also remembering to help others along the way like I what I experienced and so I want to the graduates to do the same.”

A native of Remington, Ind., Culp lives in Chicago with his wife and Indiana State alumna, Sandra. The couple has two sons, Grant and Brad.

The processional for the first ceremony, which will include the College of Arts and Sciences, Scott College of Business and Bayh College of Education, will begin at 9:45 a.m., with the ceremony starting at 10 a.m. The processional for the second ceremony, which will include the colleges of Health and Human Services and Technology, will begin at 2:45 p.m., with the ceremony starting at 3 p.m.

Both ceremonies will be livestreamed at www.indstate.edu/academic-affairs/commencement/live. A broadcast of the processionals will begin approximately 15 minutes prior. 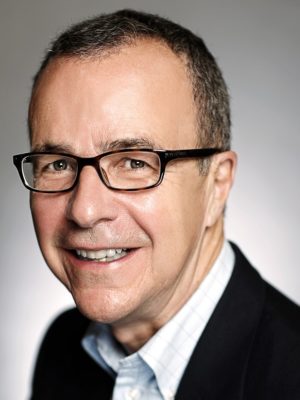