Why liberal arts and the humanities are as important as engineering

Earlier in my academic career, I used to advise students to focus on science and engineering, believing that they were a prerequisite for success in business. I had largely agreed with Bill Gates’s assertions that America needed to spend its limited education budgets on these disciplines, because they produced the most jobs, rather than the liberal arts and humanities.

This was in a different era of technology and well before I learned what makes the technology industry tick.

In 2008, my research teams at Duke and Harvard surveyed 652 U.S.-born chief executives and heads of product engineering at 502 technology companies. We found that they tended to be highly educated, 92 percent holding bachelor’s degrees and 47 percent holding higher degrees. Hardly 37 percent held degrees in engineering or computer technology, and 2 percent did in mathematics. The rest had degrees in fields as diverse as business, accounting, health care, and arts and the humanities.

We learned that, although a degree made a big difference in the success of an entrepreneur, the field it was in and the school that it was from were not significant factors. YouTube chief executive Susan Wojcicki, for instance, majored in history and literature; Slack founder Stewart Butterfield in English; Airbnb founder Brian Chesky in the fine arts. And, in China, Alibaba chief executive Jack Ma has a bachelor’s in English.

Steve Jobs touted the importance of liberal arts and humanities at the unveiling of the iPad 2: “It’s in Apple’s DNA that technology alone is not enough — it’s technology married with liberal arts, married with the humanities, that yields us the result that makes our heart sing, and nowhere is that more true than in these post-PC devices.” With this focus, he built the most valuable company in the world and set new standards for the technology industry.

Logitech chief executive Bracken Darrell, who majored in English, also emphasized this. I recently asked him how he turned his company around and caused its stock price to increase by an astonishing 450 percent over five years. He said that it was through relentlessly focusing on design in every product the company built; that engineering is important but what makes a technology product most successful is its design.

The key to good design is a combination of empathy and knowledge of the arts and humanities. Musicians and artists inherently have the greatest sense of creativity. You can teach artists how to use software and graphics tools; turning engineers into artists is hard.

And now, a technological shift is in progress that will change the rules of innovation. A broad range of technologies, such as computing, artificial intelligence, digital medicine, robotics and synthetic biology, are advancing exponentially and converging, making amazing things possible.

With the convergence of medicine, artificial intelligence and sensors, we can create digital doctors that monitor our health and help us prevent disease; with the advances in genomics and gene editing, we have the ability to create plants that are drought resistant and that feed the planet; with robots powered by artificial intelligence, we can build digital companions for the elderly. Nanomaterial advances are enabling a new generation of solar and storage technologies that will make energy affordable and available to all.

Creating solutions such as these requires a knowledge of fields such as biology, education, health sciences and human behavior. Tackling today’s biggest social and technological challenges requires the ability to think critically about their human context, which is something that humanities graduates happen to be best trained to do.

An engineering degree is very valuable, but the sense of empathy that comes from music, arts, literature and psychology provides a big advantage in design. A history major who has studied the Enlightenment or the rise and fall of the Roman Empire gains an insight into the human elements of technology and the importance of its usability. A psychologist is more likely to know how to motivate people and to understand what users want than is an engineer who has worked only in the technology trenches. A musician or artist is king in a world in which you can 3D-print anything that you can imagine.

When parents ask me now what careers their children should pursue and whether it is best to steer them into science, engineering and technology fields, I tell them that it is best to let them make their own choices. They shouldn’t, I tell them, do what our parents did, telling us what to study and causing us to treat education as a chore; instead, they should encourage their children to pursue their passions and to love learning.

To create the amazing future that technology is enabling, we need our musicians and artists working hand in hand with our engineers. It isn’t either one or the other; we need both the humanities and engineering. 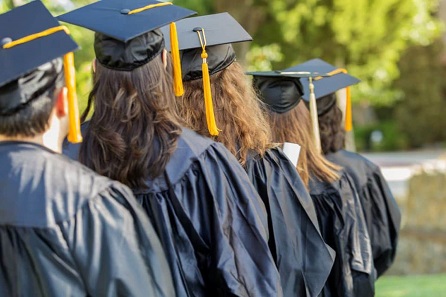