What Gets Forgotten in Debates About the Liberal Arts

As the United States staggered out of the Great Recession, policy makers and pundits were all too eager to question the liberal arts. Philosophy, creative writing, drama, and other humanities majors were too open-ended, they said, an indulgence at a time when the country needed welders, programmers, and nurses, and when young people needed jobs.

Barack Obama, whose upstart 2008 campaign was cemented by a street artist’s vision of "Hope," questioned the wisdom of studying art history instead of manufacturing.

But then the narrative shifted: Major in the "useless" liberal arts, and you’ll get the training you need to work for the giants of Silicon Valley and burgeoning creative industries. You will inoculate yourself against the threat of machines and robots that may automate once-stable careers like accounting and manufacturing out of existence. You’d start out with less pay, sure, but with pluck and ingenuity, your cultural awareness and critical thinking might help you ascend to the C-suite.

Even Obama could be thinking today that the country could use a few more art-history majors: His presidential portrait, unveiled last month, generated controversy because, as one writer put it, "Americans struggle to engage with art."

Does the study of the liberal arts — or, more specifically, the humanities, since those subjects are usually the "useless" ones that pundits dismiss — really deliver skills for a job or civic life? Reports from the Gallup-­Purdue Index, the Annapolis Group, the Association of American Colleges & Universities, and the American Academy of Arts & Sciences — along with books by business writers at Forbes and at The New York Times — suggest it does. Some of the advocates contend that those disciplines have a special power to deliver noncognitive skills.

Several of the studies sought to counter a simplistic, anti-intellectual narrative that contends that liberal-arts majors are bound for jobs as baristas and waiters. But the pushback on behalf of those disciplines often fails to account for factors like class, institutional prestige, and student inputs. And the selling of the liberal arts risks becoming a reductive exercise in its own right.

"We’ve been concerned about the prevailing rhetoric as this narrative creates a false dichotomy between vocational and pre-­professional education and liberal education, especially at a time when there are accusations of irrelevancy and illegitimacy leveled against higher education," says Lynn Pasquerella, president of the AAC&U.

To some extent, the reports seek to sway students who might love one of the humanities but feel obligated to pursue a sure-thing pre-professional major.

Employers frequently say they want students to learn all of the classic "soft skills" that a liberal-arts education supposedly provides. Even teachers in vocational disciplines — like Peter S. Dettmer, a co-chair of the robotics and automation program at Madison Area Technical College, in Wisconsin — are aware of the limits of a strictly technical education.

"We have heard many times from local employers that it’s great if our graduates can do all the programming, machining, and wiring," Mr. Dettmer says. "But if they can’t work on a team, if they can’t talk to customers, the companies would rather get someone who is a really good communicator who can learn the nuances of the technology in-house."

But the real value of a liberal-arts training is still something of a black box. Much of the recent praise for skills developed by the liberal arts does not distinguish between high- and low-performing students in those majors. That praise often relies on stories of successful graduates, which might help some students see how they could turn a degree in classics into a well-paid corporate position, but those anecdotes usually don’t account for the underlying wealth, savvy, or intelligence among those model liberal-arts majors.

Many of those factors are crucial. Doug Webber, an associate professor of economics at Temple University who studies the connection between college and career, says that when you see stories about Apple or Google hiring psychology and political-science majors, those companies were probably not attracted to the applicants because of their majors.

Rather, he says, it was the applicant herself who impressed a hiring manager: She spoke well, seemed perceptive, displayed a verve for creativity or an unusual interest in the company, and demonstrated professional etiquette with a follow-up letter to thank the manager for the interview. Many of those skills don’t come from a classroom; they come from years of grooming, guidance from relatives and career counselors, and an inherent maturity.

Most likely, the company was also looking at where the applicant had come from. Elite, high-profile colleges send signals: Liberal-­arts success stories cite institutions like Boston, Northwestern, and Stanford Universities, and the University of Texas at Austin.

Advocates like to point out that Susan Wojcicki, YouTube’s chief executive, majored in history and literature — but she did so at Harvard. Brian Chesky, the founder of Airbnb, has a bachelor’s degree in fine arts — from the Rhode Island School of Design, often ranked among the best fine-arts colleges in the country.

What’s more, students from those elite institutions often have family wealth and connections that can support an anthropology or psychology major as they look around for a job.

But a liberal-arts major listed on a résumé might itself be a signal, even according to some advocates. Last September the American Council of Trustees and Alumni hosted a small luncheon with George Anders, the Forbes business writer and author of You Can Do Anything: The Surprising Power of a "Useless" Liberal Arts Education (Little, Brown, 2017). Anders spent much of the lunch talking about the skills accumulated by, say, creative-writing majors, who have parlayed their skills to climb corporate ladders, start businesses, and live the good life in Venice, Calif.

In his book, Anders makes clear that liberal-­arts majors commonly have "gritty paths" to their careers. "Success isn’t a straight line," he writes. "You will need to keep improvising your future — and that’s all right. You may switch cities two or three times in your twenties. You may switch employers five or six times. Each cycle of change expands your skills, your horizons, your intuition for what should come next."

In that way, the liberal-arts path has a kind of American Dream quality to it: Work hard enough, endure enough, and you’ll succeed. And Anders notes that Americans tend to romanticize successful people who spent part of their formative years wandering and wondering about their place in the world. But the passage in Anders book describes pretty much anyone in the labor market — even those without college degrees and liberal-­arts training.

When the lunch turned to a question-­and-answer session, I mentioned to Anders the misgivings that Temple’s Webber had: Maybe the people Anders describes in his book were gritty and destined for success all along, and it had nothing to do with their majors.

Perhaps, Anders replied, but consider what majoring in philosophy or history says to a potential employer: This applicant is driven by curiosity, willing to take risks and to think broadly.

But that’s a signal, too. And it’s different from saying that if you major in philosophy or history, you will become a broad-thinking person. The outcome of studying philosophy or history or any of the humanities depends on how the topics are taught and learned — a responsibility that falls on both instructor and student.

In the wake of studies like Academically Adrift: Limited Learning on College Campuses (University of Chicago Press, 2011), some would argue that many students aren’t fulfilling much of their responsibility. While that study noted that many humanities majors did learn how to compile and weigh evidence, as well as write, it also contended that many students were coasting.

Arguments about the value of the humanities sometimes overlook a key component in students’ decision-making processes: passion. Students who are truly interested in a humanities subject should pursue it, even if the career applications are ambiguous. "Take a random art-history major and put them in an engineering program, and they’re probably not going to do very well," Webber says. "You’re always going to do better at something that you enjoy and you get intrinsic motivation from."

That translates into career success. An above-average English-literature major, he says, is likely to get a better job and earn more money than a below-average business major.

The future of work is about a blending of hard and soft skills. Students who combine their liberal-arts training with a technical skill make themselves prime candidates for good-paying jobs, according to a recent report from Matthew Sigelman of Burning Glass Technologies and Mark Schneider of the American Institutes for Research.

Of the 3.8 million entry-level job opportunities for holders of bachelor’s degrees in the United States, 1.4 million could go to liberal-arts majors who add a digital or specialized skill, potentially giving those graduates a starting salary comparable to that of a graduate who had pursued a more specialized technical major.

Sigelman and Schneider point out that colleges need to direct students to those opportunities through services like the career center. Unfortunately, career centers often lack the resources and bandwidth to reach most students on their campuses.

Matthew T. Hora, an assistant professor of adult and higher education at the University of Wisconsin at Madison and director of its Center for Research on College-Workforce Transitions, worries that advocates tread into dangerous territory when they say the liberal arts are the primary way to spur the coveted noncognitive skills in students.

"It’s possible to teach art history, English, or French literature in a really didactic, transmissionist, passive manner," he says. "And it’s equally possible to teach anatomy, physiology, or mechanical engineering in a really engaged, inquiry-driven manner. One of those leads to students who develop these habits of mind for problem solving, teamwork, and communication. The argument that certain disciplines, by default, lead to certain competencies or skills — and others don’t — is not a very good argument."

A better approach, he says, might be to note what the liberal arts study that technical majors often don’t: cultural facets of society, and the valuable perspectives those lessons provide in a workplace — and a world — that is rapidly diversifying.

"Problem solving in a thermodynamics course is different than learning how to problem-solve in a sociology course about interracial dialogue," Hora says. "Martin Luther King Jr. wrote that the chief aim of education is to teach students to discern propaganda from real truth. Somebody could argue you could do that in an engineering class, but I would argue no. You’ll learn certain habits of mind in that engineering class, but not about certain social and political and historical issues." 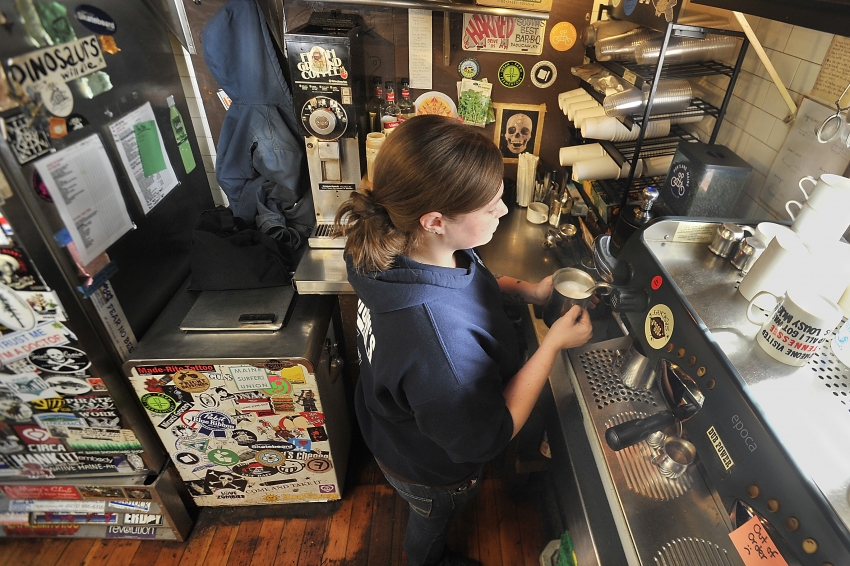