Why Philosophers Are Hot Profiles On Corporate Job Market

PARIS — The return of humanities to the business world is becoming more and more visible. With technical jobs being replaced by robots, the quest for meaning in an increasingly complex society is boosting the importance of intellectual professions.

When I was a philosophy student at the beginning of the 21st century, our professors were honest enough to tell us that all the nights we spent analyzing Hegel would not get us very far outside of the world of academia. At the start of the semester at École Normale Supérieure, among the most selective and elite research schools in France, the dean of the humanities department gave a very clear speech: “If you want money, go study science. If you want power, study business. Here, you will be poor, and you will devote yourself to the progress of thought.”

This disconnect between philosophy and the professional world goes back a long way — the Athenian sophist Callicles is said to have reproached Socrates for babbling like a dumb child. “Philosophy,” Callicles says in Plato's Gorgias, “hears nothing about the laws of the State or language except what it must for handling private and public relationships. There is only the experience of pleasures and of passions which, in a word, are characteristic of men.”

Yet it seems that this millennial affliction is coming to an end. Philosophy and its comrades in the humanities are beginning to be courted by public administrations and private businesses alike. The last report released by Apec, a French employment monitoring agency, speaks of a “triumphal return of the humanities,” with an employment high of 88% (one year after graduation) for those with degrees in sociology, psychology, anthropology, philosophy, and other similar fields.

Last year, I was part of a jury for a Master's of Applied Ethics at the Sorbonne, where philosophy students presented research on commercial activity through the lens of their humanities expertise. And this trend is by no means reserved for the country of Descartes, it is global.

Google has started hiring philosophers. Forbes magazine recently proposed to name “chief philosophy officers” to corporate boards of directors. The first effects of this change in mentality have already arrived: the salary comparison site PayScale found that graduates with philosophy diplomas are better paid than their business administration peers. Silicon Valley startups are busy recruiting Stanford graduates who are “fuzzies” (humanities and liberal arts majors) — set to savor their long-anticipated victory over the techies. In a sign of the times, celebrity investor Bill Miller this year donated an unprecedented $75 million to the philosophy department at Johns Hopkins University.

As many of the tasks that are repetitive or purely computational are now being handled by robots, humans are focusing on logic in their quest for meaning. As Jack Ma, the founder of Alibaba, said at the World Economic Forum in Davos, education is going to be concentrated in areas that are not (yet) automated, such as critical thought and ethics.

In a world where technical skills evolve with great speed and where the role technicians play is becoming more and more limited, sooner rather than later employers are going to need intelligent workers who can put things into perspective, conceptualize a problem and anticipate the quirks of human nature. Here, for example, is where skills from five years of ethnology studies will be best directed: to business schools, those educational messes that came into being in the era of managers and fortunately are destined to eventually disappear.

A similar quest for meaning does not yet need to typify a form of Aristotelian tepidity, and philosophy cannot content itself with smoothing its goatee and celebrating the middle ground. It must provide unsettling thoughts. These occur, like Nietzsche said, at the knock of a door. Other controversial figures such as Peter Thiel or George Soros have understood it well; one is a student of René Girard, the other of Karl Popper. In a time paralyzed by political correctness, philosophers must dare to knock down idols, declare those things others deemed unspeakable, and denounce the comfort of prejudice. This is perhaps even their most important job.

But the students recently protesting in France should not rejoice too quickly. As the humanities begin to have more economic value, businesses will become stricter in their degree requirements. Philosophy is not some kind of confused soul that rebels against lectures. It is a discipline that must be learned. Therefore, an intelligent process of selection is more necessary than ever for the half-million French students who study humanities at university. If philosophy is worth gold, the market will be sure to mine for it. 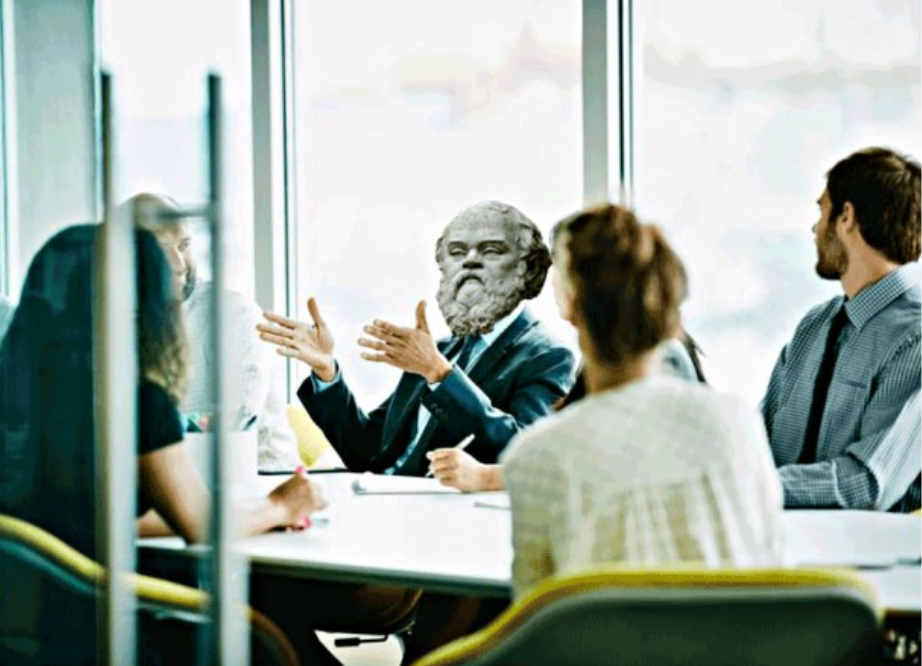