A recent NPR report asked listeners to solve a riddle: Jane and Maggie are sisters and were born minutes apart from each other to the same mother, but they are not twins. How is this possible?

The answer: because they’re triplets.

The answer to the riddle is rather simple but for most people, it’s a difficult one to come by. They’re unknowingly prevented from solving the riddle because of their own biases and limitations when thinking critically. Essentially, they hear about Jane and Maggie and they try to solve a problem for Jane and Maggie, not accounting for the possibility that there’s more to the puzzle they haven’t thought of yet.

The problem of limited critical thinking isn’t just riddles and hypotheticals. It occurs all the time in the real world––especially in the world of startups where entrepreneurs are attempting to use business or technical innovations to solve real-life problems for their customer base.

When going through discovery and ideation phases, founders and their teams rely on critical thinking skills to identify problems, recognize potential solutions and validate their MVPs (most valuable products).

It makes logical sense that such business processes would be more successfully accomplished with teams that possess diverse thinking skills. But where does that diversity come from?

For some founders and entrepreneurs, it comes from their educational backgrounds, commonly thought to be undergraduate degrees in business management, entrepreneurial studies, STEM, and the like. But for many, it actually comes from academic fields of study in a broader range of subjects including humanities, liberal arts and fine arts.

According to an article by Jeffrey Mayes published in the peer-reviewed journal Informal Logic, the critical thinking skills taught in liberal arts courses are said to be durable and portable.

Liberal arts educations and the skills they instill in students can lead to professional success upon graduation, which can then lead to a well-developed talent pipeline in the university’s home community, which then translates into economic growth.

Such is the case for Vishal Singh and his agtech startup, QuantifiedAg. The Lincoln, Nebraska-based software company improves the detection of cattle diseases with smart cattle ear tags that report data back to farmers and feedlot managers.

Singh himself holds an undergraduate degree in visual art and completed graduate studies in journalism. His educational background makes him the odd-man-out at his own company of scientists and engineers, but he says he sees that as something of an advantage.

“A lot of people I talk to in agtech, they have ag degrees or they grew up on farms; I don’t have any of that,” said Singh. “When I approach things, I don’t have any previous experience to attach to [a situation], so I’m able to come at it and look at it with fresh eyes.”

Singh realizes that like all people, he’s only capable of having so much knowledge about so many things. The way he fills in the “blind spots” of his own experience is by adding in the help of two co-founders and team members, all of whom have backgrounds and areas of expertise that differ from his own.

Singh says that other agtech and livestock-focused companies come up with very similar solutions to their common problems, something he attributes to them all having teams with similar educational and career experiences.

He thinks the issue lies in the fact that many professionals might have very focused career trajectories where they study and work in a single field for the duration of their careers––something that could be working against them when it comes to developing innovative and critical thinking skills.

Singh said that’s not always the case when it comes to the experiences of successful entrepreneurs. When he was a fellow with Pipeline Entrepreneurs, a Kansas City-based program for high-growth business founders, he found a commonality with his peers in the program: They all had the opposite experience of the straightforward and singular education/career path.

“Most of us weren’t like that,” says Singh. “We didn’t really know what we were going to do and we majored in one thing, then after that, we might have had jobs in different types of areas. But that’s kind of what creates us. We tend to have these varied backgrounds and we mash them up and make something new out of it.”

Examples like Singh and QuantifiedAg back up the widely accepted understanding that liberal arts programs are valuable to business development in local communities and states. But despite that, they face frequent cuts by governing boards when it comes time to reconcile university budgets.

In March of 2018, the University of Wisconsin at Stevens Point proposed dropping 13 humanities and social sciences majors including English, Spanish, philosophy, history and sociology as a way to help balance a $4.5 million budget deficit over two years. They also proposed adding additional programs in place of them with “clear career pathways” to combat declining enrollment.

On Friday, PBS published an article stating bachelor’s degrees in English, history and philosophy fell by at least 15 percent between 2008 and 2016, despite a 31 percent increase in total bachelors degrees during that same time period.

A contributing factor to the drop in arts majors is the assumption that those degrees don’t lead to meaningful and realistic employment. However, rather than attempt to change the assumptions surrounding liberal arts degrees as invaluable and dreamy, colleges like the University of Wisconsin cut them. But to what detriment?

Businesses are born when entrepreneurs like Singh put their critical thinking skills to use and successfully identify gaps in markets. With the loss of these degree options also go “durable and portable” skills like analytical and critical thinking, effective communication, and a wider understanding of other people, their viewpoints and the world as a whole.

“Let’s say someone is interested in veterinary science,” says Singh. “What I would recommend on top of that is take some classes, maybe even a minor in something, that’s completely unrelated. If you just go through the program you’re in, you’re going to graduate with a bunch of people who look exactly like you on paper, whereas if you combine these seemingly unrelated things, you’re going to look different and you might have a different perspective coming out of the program than your typical graduate.”

Christine Burright McGuigan is a writer and editor at Silicon Prairie News. 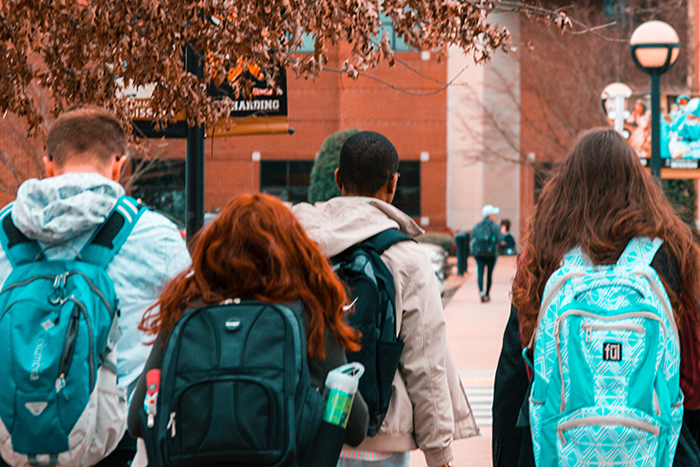