Jobs Will Save the Humanities

Last year, when I decided to survey college graduates who had majored in English, I was looking for help in guiding my own students on life and work after college. One of the anonymous graduates who replied was "Casey," who made clear that — at age 25, and two years out of college — she had hit a "dead end" and considered majoring in English the "Worst Decision of My Life."

Having excelled as a student, she now works at a coffee shop, owes $40,000 in student loans, relies on government aid for food and health care, and sees no prospect of getting a better-paying job or borrowing more for grad school. To Casey, the folks buying the coffee seem to "have more money and hope than an English major will ever have." She advised all English majors to switch to a STEM field.

Casey is not alone in her regret, according to a vast recent study by Gallup and Strada, "On Second Thought: U.S. Adults Reflect on Their Education Decisions." Talking to a representative, random sample of 89,492 adults in the United States, researchers found that nearly half (48 percent) of B.A.s in the liberal arts would, if they had it to do over again, pursue a different area of study.

That has obvious and serious implications for English departments and other fields in the humanities. If we want students to continue to enroll in our programs, they must not fear for their financial future. They must have good reason to believe that they will be able to go on to meaningful, remunerative work.

Unfortunately, humanities departments have historically neglected the issue of what jobs their graduates will hold. On one end of the spectrum are the professors who view the whole question of jobs as crass utilitarianism — beneath, if not antithetical to, the intellectual, spiritual, or political calling of the humanities. On the other end are those who believe that the humanities develop skills — communication, creativity, critical thinking — that are useful in a wide range of jobs but leave students to work out the details for themselves. Those varieties of neglect no longer suffice.

In rethinking how we in the humanities approach the jobs question, we can start by making sure undergraduates understand the full picture — and not just the hard-luck stories — of how humanities majors actually fare on the job market. And the fact is: While some liberal-arts grads go through financial straits like Casey, most fare just fine.

Most humanities majors are well employed and well compensated, according to recent data from the U.S. Census Bureau’s American Community Survey, highlighted in such reports as "The Economic Value of College Majors" and "From Hard Times to Better Times: College Majors, Unemployment, and Earnings." The skills humanities majors develop — specifically writing, adaptability, problem solving, and collaborating — top the list of things employers say they are looking for in job candidates, over and above the technical skills directly associated with the position, according to many employer surveys, including one The Chronicle conducted in 2012.

Similarly, as Cathy N. Davidson reports, two huge internal studies conducted by Google — named Project Oxygen and Project Aristotle — found that the defining traits of top employees and top teams were not technical skills but, once again, the very qualities developed in the humanities, such as communication, listening, problem solving, critical thinking, empathy.

Even The Wall Street Journal has begun championing the value of the humanities and other liberal arts, in recent columns with titles like "If You Want Your Child to Succeed, Don’t Sell Liberal Arts Short" and "The Liberal Arts Provide Real, Useful Skill."

Clearly the job outlook for English and other humanities majors is not so bad, definitely not as grim as it’s often made out to be. But "not so bad" is not good enough — not when we see the depth of regret and the breadth of second thoughts in stories like Casey’s and in statistics like those from the Gallup-Strada poll, which are also part of the picture.

So even as we can do more to capitalize on what we already bring to the table, we also need to bring more to the table. We need to change how we think and teach about work in English and other humanities fields, and do more to help our majors navigate and thrive in jobs and careers. The question is: How?

In their essay, "The Starbucks Myth: Measuring the Work of the English Major," two English professors, Sheryl I. Fontaine and Stephen J. Mexal, suggest one way to find answers to that question. They contacted as many alumni as they could, going back decades, to ask how an English degree had benefited them in their professional lives. By bringing the humanities to bear on the subject of jobs, and vice versa, they learned what the discipline of English meant in graduates’ lives. We could easily take up similar inquiries in our own departments and find ways to better help our students to think critically and get jobs — and think critically about those jobs.

We can also bring the jobs discussion into our teaching in concrete ways, especially through experiential learning. In a recent essay in The Chronicle, "Feeding English Majors in the 21st Century," Helene Meyers describes an ingenious course she designed and taught at Southwestern University that does just that. In the course, "Novel English Majors," students combine literary reading and job shadowing — an approach that would benefit any humanities program. Internships and other curricular aspects could also be designed or redesigned to underscore the relationship between the discipline and work.

In the meantime, even small efforts are a worthwhile start. Professors and students could develop the habit of pausing from time to time to consider how practices already present in our courses — holding meaningful discussions, making sense of complicated texts, considering multiple perspectives, attending to cultural contexts, and so forth — might apply in work situations. As the authors of Writing Across Contexts argue: When two contexts are as different as the classroom and the workplace, you can go a long way toward bridging the gap by asking students to reflect overtly on how to apply in one context what they’ve learned in another.

Thinking about jobs in both our classrooms and our curricula can expand, rather than constrict, what the humanities are. When we teach English, history, or philosophy not simply as bodies of knowledge and sets of skills but as ways of seeing and being in the world that play out in our students’ daily lives — including at work — we honor more fully the breadth and depth of our disciplines, of what it means to be human.

Instead, we might return to an older notion of vocation as an elevated way of talking about calling and purpose. Sustained, sophisticated reflection on vocation can energize and orient students, even after they graduate and begin their careers. Tim Clydesdale documented that in his 2015 book, The Purposeful Graduate: Why Colleges Must Talk to Students About Vocation,based on a study he conducted on 26 American campuses. As one student surveyed in the study put it, "To most of the world, a job is just a job — but vocation is who you are."

I imagine that plenty of other folks in Casey’s shoes — stuck brewing coffee and regret — would greatly benefit from such an understanding of vocation. I imagine a bit of practical career know-how wouldn’t hurt, either. We have a responsibility to help our students connect the dots between the pressing financial needs we all face and the traditional purpose of the humanities, between making a living and making a life.

Once we do, we will turn the tide on the narrative of financial regret. In time, that may well save the humanities.

Paul T. Corrigan teaches writing and literature at Southeastern University, in Lakeland, Fla. His website is Paultcorrigan.com. His questionnaire remains open for other English majors who would like to share their career stories. Other, more positive stories from the questionnaire feature in an essay on his blog, "Want a Job With That English Degree?" 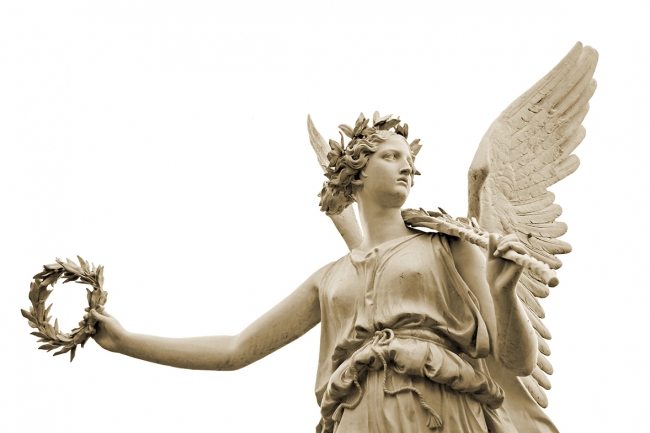