Lighthouse coach Nick Moore pointed out his team’s success comes down to one word.

Moore offered the same answer Friday night when asked about what led to senior guard Timothy Mays scoring a team-high 21 points against West Side.

“Hustle,” Moore said again. “We had it going at the beginning of the season, but we fell off. And now we’re starting to pick it back up.

“As long as we’re getting to those 50-50 balls, we don’t think there’s anybody that can beat us.”

Lighthouse indeed hustled its way to a 57-52 win at home over West Side, overcoming a game-high 24 points from sophomore guard Quimari Peterson.

It was all about that hustle for Moore, who watched his team lose 100-84 Wednesday night to 21st Century in the Lions’ first game since Dec. 9.

“That was almost like a preseason game because we hadn’t played in a month,” Moore said. “They outhustled us. They wanted it more than we did. That’s why we had to get back on it.”

Lighthouse (4-4) took a 32-27 lead over West Side (9-4) just before halftime, thanks to a pair of 3-pointers from Mays in the final minutes of the second quarter.

“I was usually coming open off of screens from Justin,” Mays said. “And (Higgins) was hitting me every time I was open.”

West Side took a brief lead in the third quarter thanks to an 11-0 run sparked by six points from Peterson.

But the Lions roared back to take a 44-42 lead into the fourth and led by as many as eight in the quarter.

West Side pulled within three late, but a crucial 3-pointer from Tyrone Funchess kept Lighthouse firmly in front.

The Cougars had several opportunities to cut into Lighthouse’s lead, but repeated mistakes doomed those comeback efforts, including four turnovers in the final two minutes of the fourth.

West Side coach Chris Buggs said that was a side effect of the inexperienced lineup he has had to use.

“We’re a little young this year,” Buggs said. “We’re trying to grow up as the season goes along, but we still struggle with keeping our composure at times.”

Buggs said one remedy for that issue is consistent ball movement.

“At times, we moved the ball well and got easy shots,” Buggs said. “But when the ball sticks, that’s when we don’t do as well and we turn it over. We committed way too many turnovers (Friday).” 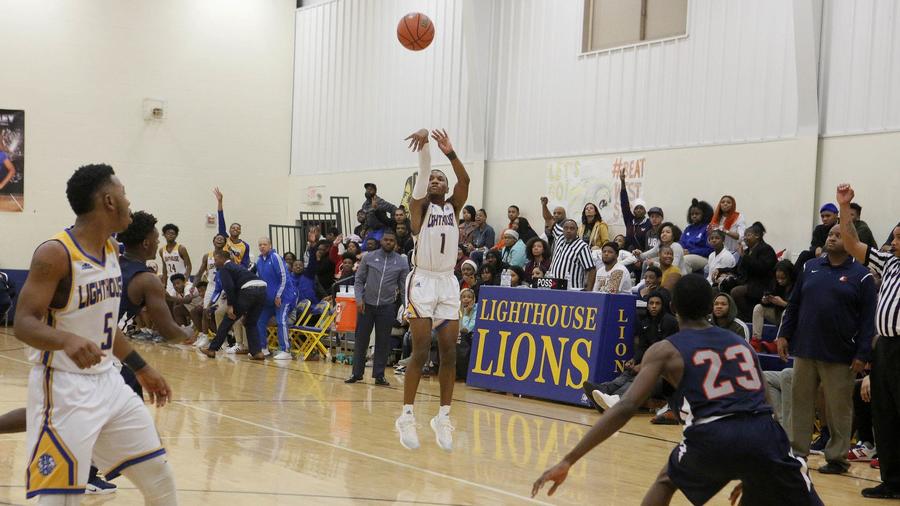