Indianapolis doesn’t get a bad reputation nationally since it’s smaller than other cities such as Baltimore and Chicago, but crime and violence have been on the forefront of issues facing the community for years. In response, Mayor Joe Hogsett appointed Shonna Majors in June 2018 as the city’s first director of community violence reduction.

Criminal homicides have been on the rise every year since 2012. Last year, Indianapolis saw an uptick in murders and aggravated assaults, according to FBI data, although all other crime categories went down from the previous year. Indianapolis had 23.3 homicides per 100,000 people in 2017. For comparison, Las Vegas had 22.3, Philadelphia had 20.2, and Detroit had 39.7.

Who better to head up the city’s efforts to curb violence than someone who has seen it firsthand? Majors was a victim of gun violence at the age of 16. At the news conference announcing her appointment, Majors said she was hanging out with the “wrong people” and still has the bullet in her back next to her spine. Now she works with police and community groups to intervene where violence can happen. She is also responsible for awarding about $300,000 in grant funding each year. Along with Majors’ position, Hogsett also created roles for four “peacemakers,” who are tasked with improving relations between police and neighborhoods.

“There is no one better suited for this position,” Hogsett said at the news conference in June 2018. “Violence has seated its way through neighborhoods, taking too many lives and shattering families in its wake. Through this, we will continue our march toward eradicating violence that threatens our community’s peace.”

Indianapolis Metropolitan Police Department Chief Bryan Roach has tried to improve ties between police and the community since he took over in January 2017 by practicing better transparency and hiring more officers so the department isn’t stretched so thin.

“That sends a message that we care,” Roach said at the news conference. “And I wish that we had the ability and the connections so that people like Shonna wouldn’t be needed. But she is needed.”

Before taking on this new role, Majors worked for the Indiana Department of Corrections. She also worked for the U.S. Department of Labor and Public Advocates of Community Re-Entry and CoreCivic, among other employers. In all, Majors has about two decades of similar work. She graduated in 1998 from Indiana State University with a criminology degree.

In her column following Majors’ appointment, Shannon Williams, former Recorder president and general manager, said Majors was a good fit for the position.

“Majors’ experiences unequivocally make her the ideal person to lead this new initiative,” Williams wrote. “I appreciate her grassroots credibility and professional acumen, as those two aspects are what it takes to make transformational changes.”

Majors hasn’t had much time on the job, and Indianapolis’ 2018 crime statistics appear to be indistinguishable from years past. Hogsett acknowledged after appointing Majors that change wouldn’t happen overnight. The city recently tied its 2017 murder total, and 17 criminal homicides made September one of the deadliest months of the year.

Crime and violence will continue to dominate the public conversation as Hogsett seeks re-election in 2019. That’s where detractors have hit him hardest. But his expressed confidence in Majors as a force of positive change in the community could pay off as she becomes more embedded in the issues plaguing Indianapolis. 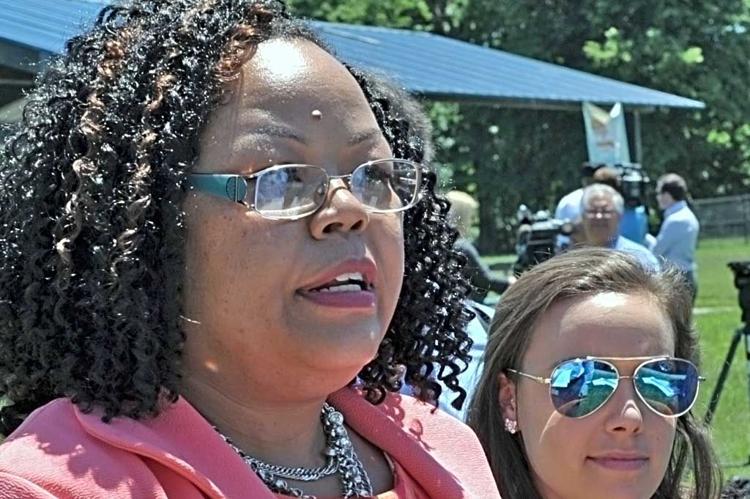