Can Business Drive Meaning And Meaningfulness In The Workplace?

A majority of us have the perception that the WEF is some kind of a billionaires’ club. In some ways, it is, though I discovered during last year’s attendance that it is not exactly true. It is an event many executives of highly prestigious companies gather in, dining and wining separately from the rest of the crowd – some throwing lush parties at their very own venues; yet, there is also a community of leaders, subject matter experts, and activists invited, who have undoubtedly devoted their lives to a particular cause they wish to bring visibility and offer global voice to.

Unfortunately, this year’s event seems to highlight the missing common purpose between those two parties in attendance. As much good as there always is in the debates and conversations, I was told, unlike last year, there were a number of leadership attitudes and behaviors in question – both in front and behind the curtains. That lack of common purpose and shared values play into the current picture and unfolding of Industrial Revolution 4.0.

The Industrial Revolution 4.0 is rightly characterized by three main drivers of change: (1) increasing globalization resulting in value chains that transcend territorial boundaries, (2) digitalization resulting in a flood of new and intelligent technologies, and (3) democratization resulting in a number of system issues ranging from data protection to privacy to equity. At the same time, there is the reality of our global economies shaping our local societies in culture, in education and in work experience. Throughout history, we never had the unpredictability of economics and the pace of change with such growing visibility of a gap between impacted and interested parties. Although inarguably humanity in collective has been benefiting from the advances of globalization, digitalization and democratization over the many years, there is a clear hollowing out of the middle-class, depowering of specific worker groups and growing disparity of productivity & wages across timelines.

According to development charity, Oxfampresented at the WEF the wealth of the world’s top billionaires increased by 12% per day over the course of last year alone while the poorest half of the world, around 3.8 billion people, saw their wealth shrink by 11%. Although the women’s work is now a growing part of our economies, men continue to earn 23%more – despite the attention the topic gets in discussions.

Christine Lagarde of IMF, Jack Ma of Ali Baba and Justin Trudeau of Canada all shared punctuations around how better gender equality in the system can help drive holistic cultures of more wisdom and care.

The growing gap between rich and poor, women and men, majority and minority along with the decoupling of work hours and wage and our digital and analog experiences is a direct result of our current world systems and decisions made by our world leaders. The dividing issues are not necessarily raised by the factors of change as listed as much as the lack of global governance and the lack of real experiences lived to drive the evolution. The observed lack of ownership and an absence of accountability in the system then is naturally resulting in an overwhelming sense of anxiety and fear across our societies.

As Saadia Zahidi, the Managing Director of Center for the New Economy and Society at the forum put it “… in too many economies, there is a sense that opportunities for the next generation are dwindling rather than expanding. The Fourth Industrial Revolution has cut the tethers to our familiar reference points and left us with lingering insecurity.”

Whether we like to admit it or not, it is becoming unarguable that today’s governments are not yet prepared for the kind of transformation required to bridge the economic, environmental and social aspects of our humanities; nor are our political leaders equipped to enhance our human experiences. Meanwhile, there is a growing movement around loving one’s work potentially misguiding a number of new generation workers into thinking they can simply “hussle” through this transitionary period.

For me and for many others across the global business community, the gaps described are the sweetest spot for the businesses of the future. We have a potential opportunity to maximize the human-based competitive advantages in a world ever so fast, ever so dynamic, ever so complex. Unfortunately, only some of us feel prepared.

About a year ago, Deloitte ran a first-time report exploring global business readiness for the 4th Industrial Revolution to find out 86% of C-level executives interviewed were doing “all they could” to create a future workforce. Interestingly, this year, almost a half, about 47% said they are feeling ready to lead change.

The forces of change have liberalized global trade and helped serve hundreds of millions of people, pulling communities out of poverty and into the middle-income range. Yet, there is a clear decline in energy and hope towards increased harmonization and unity despite.

The opportunity seen is not to get all warm and fuzzy towards work and/ or our colleagueship, it is to have businesses become the role model of sustainable change, reinventing capitalism by serving and complementing our humanities. The opportunity is also about having business leaders step up to role model connection through better transcendence of self, becoming a holistic guide in serving others.

What can companies do to mitigate impact then?

Pulling from conversations at the forum and across academic circles, I’d like to share a number of things 21st-century businesses can consider in redefining both meaning at large and meaningfulness in the workplace.

A Common Purpose Through Inclusion

The number one aspect of business moving forward has to be around purpose gathering through inclusion. This is not about paying a lip-service on a catchy term! This is also not about creating a new headcount to demonstrate value. This is about rethinking company’s life mission to serve something greater than just profits.

Human beings are sense-making organisms that inquire for deep understanding and belonging. Sense-making is a term used to describe how we structure the unknown as to be able to work with it. Recognize sense-making in an organizational context (for example in a family, inside a corporation or in a given society) is never a solitary exercise, it needs to be socially constructed. This is where businesses can play a role in creating meaning at large. Instead of investing in intelligence that motivates societal polarization, by the virtue of digital and analog infrastructures, businesses must and can consider the creation of new frameworks that actively connect people at an emotional level and support domination of equal opportunity. Only then, we can find meaning at large as our human belonging is not a one-time event nor an end state, rather an on-going phenomenon of the day-to-day.

In both advanced and emerging economies, businesses can play a key role in the creation of a social contract that restores safety and provides basic security for all of us as to complement our identities and belonging. In doing so, businesses can become visible examples of a positive meaning formation.

Another key aspect of the business has to be around investing in the creation of frameworks and infrastructure that integrate digital and analog experiences in education, life services, and work.

It is important to recognize adapting existing platforms is not having the required impact for human benefit. In their research paper ‘Making technological innovation work’, Anadon et al., conclude “current institutions (rules, norms, and incentives) shaping technological innovation are often not aligned toward the goals of sustainable development because impoverished, marginalized, and unborn populations too often lack the economic and political power to shape innovation systems to meet their needs.”

That’s because patching is not the same as experience design. Experience designrequires us to consider moments of engagement or touch points between ideas, emotions, behaviors and through people, technologies and products. It is about creating a whole new end to end processes that support the formation of a new context.

The objective for businesses here has to be to leverage technology in the reduction of barriers to reach of moral value and in addition to productivity then, not the other way around.

Work and Leadership Solutions Through Innovation

The named factors of change are significantly transforming the way we work. Unfortunately, the majority of the systems preparing people for work have remained so static and underinvested for so many years that they are no longer able to meet the needs of new generation businesses adequately.

We have leaders and processes that feed on individual and organizational biases resulting in the creation of inequalities and inefficiencies.

A third aspect then for business is to rethink the way we work and the way its organizations develop and deploy leadership. This will require not only breaking down of silos but also unlearning work and leadership practices to learn new ones. Fostering the kind of transcendence will not only require a provision of cosmology, a comprehensive system of beliefs to constitute a new reality, and enactment and promotion of continual trust and integrity. We need innovation in language, we need innovation in organizational and leadership practices. We need to enhance the experience of our tasks, roles, routines and networks, which in return will bring value to the characteristics of group membership, contribute to new culture formation and refined meaningfulness in the workplace.

The role of business is clearly changing. There is a pull from global society for businesses to reconnect to its original purpose – in serving our humanities. Not only multi-nationals represent a significant part of our economic and cultural development, more and more of us across the globe expect leaders to be role models in every aspect.

This is a moment we want to know what every business stands for. We want businesses to reconnect to a purpose and serve our societies. We want leaders to represent and honor our common humanities.

It is not to say we demand a lack of performance; it is the contrary, we demand responsibility and legitimacy in reaching the kind of performance. Some of us may think there are a number of good reasons for our way of doing in business, I’d ask them to recognize reasons are often considered highly personal in scientific terms and often carry little significance on the real cause of our beliefs. As a result, the reasons we often put out as a gable wall end up serving poorly our holistic well-being.

We are on the verge of imagining beauty in business. The imagination beholds a feeling of curing, connecting and cultivating our humanities. The imagination beholds a human leadership that cares equally about our well-being. In the next few weeks, I will start publishing on a set of attributes we have identified together with Stanford University’s Center for Compassion, Altruistic Research and Education (CCARE) through a two-year scientific journey; a core set of human attributes that can serve the transformation of our individual imagination. 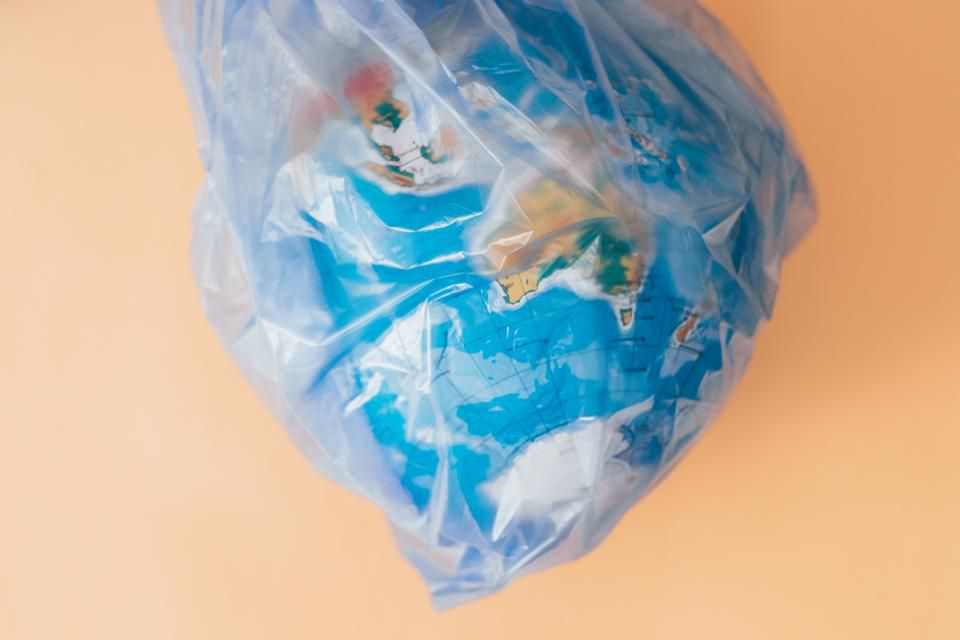