Richard Solomon is a multi-media journalist. He has worked for WTHI-TV since March of 2018

Richard Solomon is a multi-media journalist. He has worked for WTHI-TV since March of 2018. He started out in part-time production services, then worked his way to part-time show editor and photojournalists, and now he is a reporter for our news team!

Richard graduated from Indiana State University in May of 2018. He received his bachelor’s degree in Communications. He’s from Indianapolis, IN. There he went to Ben Davis High School where he fell in love with journalism. His favorite sport is baseball, and his favorite team is the Boston Red Sox.

Richard is a member of NABJ (National Association of Black Journalists). Over the past four years, he has spent in Terre Haute, he has grown to know and love this community. He wants to tell compelling stories about the people of Terre Haute. If you want to chat, have a story idea, or say hello, he welcomes you too! 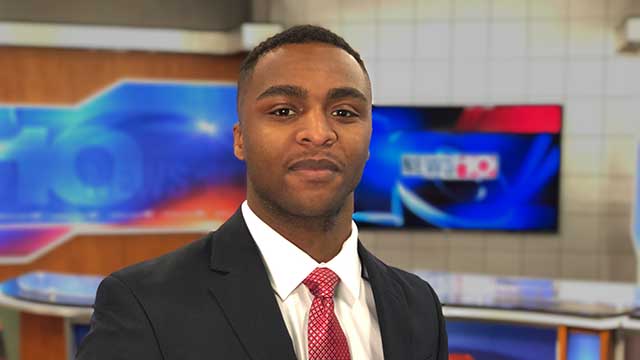