Gov. Eric Holcomb has appointed two new members to the Indiana State University board of trustees.

Robert E. Casey, Jr. of Indianapolis, chief security officer with Eli Lilly & Co., will join as an alumni member of the board and serve until June 30, 2023. He is a retired FBI agent and from 2002 to 2006 served as chief of FBI Intelligence Operations in Washington, D.C.

Casey J. Phillips of Greenfield, an ISU junior majoring in supply chain management and marketing, will join as the student member of the board and will serve until June 30, 2021.

The governor also made two re-appointments to the board, Kathy Cabello, owner of Cabello Associates, and Kimberly O. Smith, president and CEO of Indiana Farmers Mutual Insurance Company. Both trustees, who are from Indianapolis, will continue to serve on the board until June 30, 2023.

At its June 21 meeting, ISU trustees recognized the service of trustees David C. Campbell and Andrew Case, whose terms are ending this month. Campbell had served on the board since 2011 and had served as its chair from 2015 to 2018. Case had served as the student trustee from 2017 to 2019. 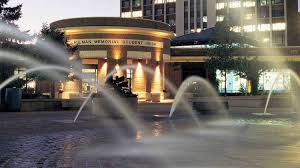