Miller says, to get her current position, she had to take charge of her own career.

“In order to get what I wanted out of my professional career, I needed to take initiative to get that experience,” says Miller.

Miller received her Bachelors of Science in Chemistry from Indiana State University and started as a chemist in a material and analysis lab at NSWC Crane. In 2017, she tried something new. She did an eight-month rotation with Special Operation Forces (SOF) Mobile Technology and Repair Complex (MTRC) in Iraq.

“As part of the program, I trained for eight weeks in engineering, 3D printing/prototyping, CAD, welding, machining, manufacturing, and more at NSWC Crane’s Rapid Innovation Prototype Laboratory (RIPL),” says Miller. “In MTRC, you are paired with a former Navy SEAL, Green Beret, or Marine, then sent to six or eight sites overseas to support teams directly. They have specialized gear and I helped them get the support they needed to complete their mission.”

Miller says being part of MRTC was very rewarding.

“It was great to work directly with the warfighters and get face-to-face feedback. Sometimes you may get caught up in your day-to-day activities, but the experience with MTRC offered me a unique and new perspective.”

After her experience in MTRC, Miller says she got a ‘travel bug’.

“An NSWC Crane engineer, Rachael Wiseman, became my mentor,” says Miller. “It is great to see a woman engineer succeeding. I asked her about how to get involved in a position that offered traveling. I had never really traveled much prior to getting involved in the MTRC program.”

Wiseman introduced Miller to the AA project as an opportunity. Now, Miller oversees AA projects and provides system-engineering support in Poland and Japan.

“Having a mentor in the science field show me the path to what I needed to craft my career has been encouraging. I learned from Wiseman to go after what I want and to rely on myself to achieve my professional goals. Set yourself up to be uncomfortable – challenge yourself. It’s a critical skill to learn how to adapt and to ‘learn how to learn’ in order to do the job.” 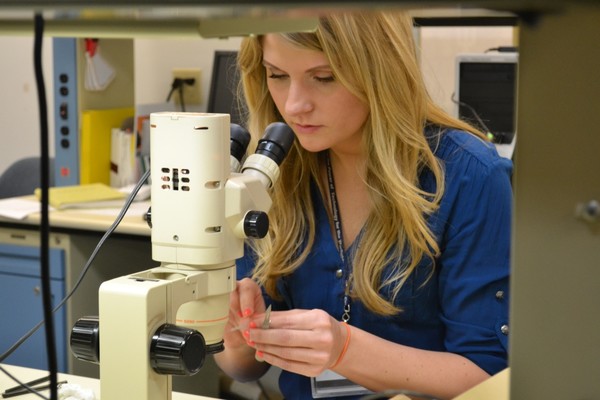