The Sullivan County Sheriff’s Office was brought up to full staff  this week as two new deputies were sworn in by Circuit Court Judge Robert E. Hunley.

He has been a correctional officer in Clay County and heavy equipment operator in Marshall. Boatright currently lives in southern Vigo County and is home shopping in Sullivan County.

Deputy Greg Kreilein graduated from Northeast Dubois High School in 2014 and from Southern Illinois University-Carbondale, where he earned a degree in animal science. Kreilein is an Eagle Scout and currently serves as a combat medic with the Indiana National Guard. He recently bought a home just outside the city of Sullivan.

Sheriff Clark Cottom said he anticipates Boatright and Kreilein will attend the Indiana Law Enforcement Academy in January, as will Deputy Collin Berg, who joined the force earlier this summer. 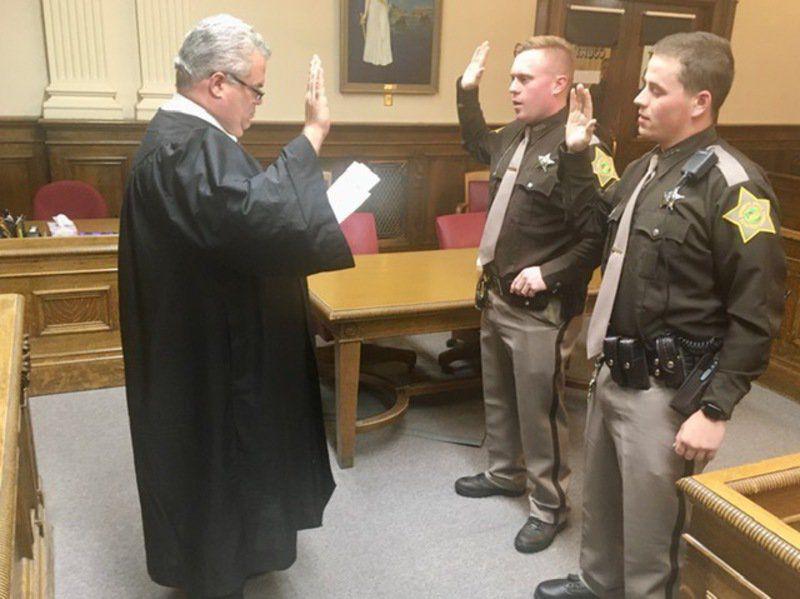