AAG is Proud to Announce the 2020 AAG Honors

Qihao Weng is a pioneer and leading scholar in the area of urban remote sensing. During his distinguished career, he has significantly advanced our theoretical understanding and empirical knowledge of urban heat islands and land surface temperature, urban sprawl, and environmental sustainability in the context of rapid urbanization. His originality, creativity, and significant intellectual contributions have resulted in 235 articles, 14 books, and funding support from NSF, NASA, USGS, NOAA, ESA, and the National Geographic Society. His academic record testifies to his history of innovative work and far reaching influence on a wide range of disciplines including urban geography, urban planning, landscape ecology, meteorology, and climatology.

Weng’s outstanding contributions to urban remote sensing and sustainability science include methodological innovations including novel algorithms and data analysis strategies and theoretical advances offering new perspectives on the urban environment and spatio-temporal aspects of urbanization processes. Taken together, Weng’s empirical and theoretical contributions have yielded significant new insights on some of the most critically important phenomenon influencing contemporary urban environments.

Weng’s seminal research on urban heat islands, landscape effects on land surface temperature, and urbanization processes opened a critical new frontier towards understanding and measuring novel environmental risks in rapidly growing urban regions. He developed a methodology for estimating land surface temperature with satellite-derived measures of vegetation that has become a core technique for those investigating urban climates. His research has also demonstrated that urban sprawl and warming are not an isolated phenomenon, but instead are coupled with other risk factors, such as infectious disease. His scholarship has not only transformed the scientific understanding of remote sensing in geographical applications, but also has bridged methodological gaps between geography, spatial ecology, and environmental science.

Beyond the considerable impact of his own research, Weng’s production of educational materials and resources have played an important role in training future generations of urban scholars in remote sensing and GIS techniques. In particular, Weng’s An Introduction to Contemporary Remote Sensing is the standard textbook for many introductory remote sensing courses and has been adopted by numerous universities, community colleges, and technical schools around the world. He also has a long record of dedicated professional service to the AAG. In recognition for his outstanding contributions to scholarship in geography, Weng has received many honors and awards including the AAG Outstanding Contributions Award in Remote Sensing (2011) and Willard and Ruby S. Miller Award (2015). In 2018, Weng was named a Fellow of the Institute of Electrical and Electronics Engineers (IEEE), Senior Fellow at NASA, and member of the European Union Academy of Sciences.

Weng’s research exemplifies the multifaceted scholarship that is critical in bridging contemporary urban studies with spatial ecology and environmental science. He also continues to be a role model for exemplary practices in education, public service, and professional leadership for the next generation of geographic leaders. For these reasons, the 2020 AAG Distinguished Scholarship Award is awarded to Qihao Weng. 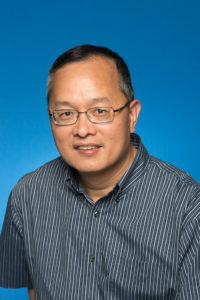