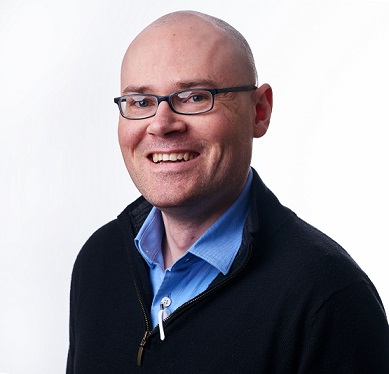 Drew Gentry is the Head of Global Creative Services and Senior Level Graphic Designer for Tenneco Inc. He is responsible for the creation of all branding and marketing materials for all corporate and sub-brands under the Tenneco umbrella with emphasis on print, digital, presentations, and trade show graphics on a multi-national, multilingual scale. During the acquisition process of Federal-Mogul, he was retained throughout a process that saw eight major layoffs in a 18-month period. His contributions to his new role were then recognized by receiving the 2019 Tenneco Corporate Leadership Award for Communications.

Previously, Gentry served as Art Director for Force Media Group/Marketing in Atlanta, Georgia. In this role, he led one of North America’s fastest growing and most notable automotive advertising agencies from Tier III to Tier II client status in 2009. While at Force, he developed a streamlining process to reduce creative production time by up to 25% while executing up to 50 projects per day, while paring production costs 35% through renegotiation of vendor contracts.

From 2004-2007, Gentry held several positions of increasing responsibility for broadcasting giant Cumulus Media - the most notable being Director of Graphic Design. Upon the company’s acquisition of competitor Susquehanna Media in 2005, he pioneered a nationwide communication & proofing network to ensure corporate graphical standards were met across five regional graphic design hubs.

Gentry began his professional career while also studying at Indiana State University by freelancing for several online companies and local non-profit organizations. While pursuing his Bachelor’s Degree, he both founded and presided over Indiana State University’s Graphic Design Club, and was the Hulman Memorial Student Union Board Student Graphic Designer for two years before graduating. His works during this time adorned the campus, promoting HMSU Student Life events, concerts, and Homecoming festivities alike. After earning his degree in Art with an emphasis on Graphic Design in 2003, he returned home and worked as a Graphic Artist for a local newspaper until an opportunity for advancement emerged.

An avid proponent of humanitarianism, Gentry serves to provide a long-term, positive impact on youth and the community by preparing under-served young people to be self-reliant and successful through mentoring. He has been twice nominated as Mentor of the Year at his post for Winning Futures Mentoring Program (2015/2018), and in 2017 a mentee in his care received a scholarship for academic success after having failing marks at the beginning of the term. His freelance clientele during his career has seen him design for multi-platinum recording artists & bands, professional sports teams, large corporations, and even the local grocery store down the street. His passion is to help mold future graphic designers and “leave the craft better than when he entered it.”