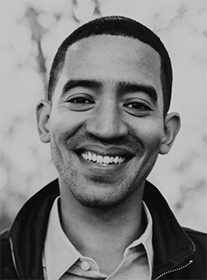 Although he now thinks of Seattle as his hometown, most of Cedric Cook’s formative years were spent in Vigo County, Indiana.  As a History major at ISU, he had the opportunity to work as an Instructor’s Assistant, helping new Freshmen adjust to the rigors of college-level classes.  He was also especially active with Take Back the Night and the Men's Club Soccer team, and enjoyed an impactful semester studying abroad at Griffith University in Australia.  After graduating, he moved to the west coast, and soon found an account management role at Kotis Design, a boutique marketing company.  Cedric stayed with the company for six years, before relocating to Portland, Oregon, where he now works for Zapproved, a SaaS start-up that provides litigation software to some of the largest companies in the world.