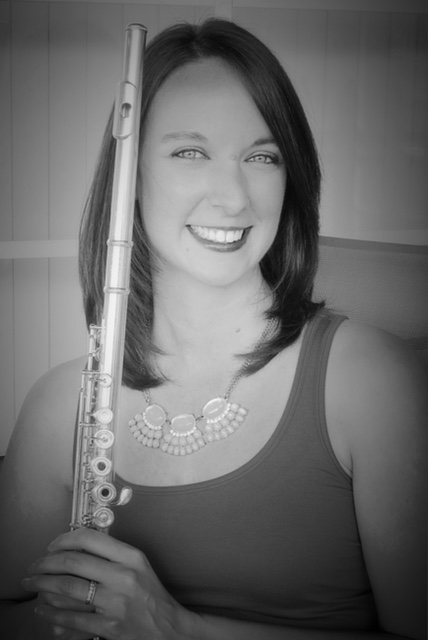 Dr. Angela Reynolds joined the Indiana State University music faculty in fall 2018. In addition to teaching flute, she is a performing member of the ISU Faculty Woodwind Quintet and the Gateway Chamber Orchestra of Tennessee, the Assistant Director of the William Bennett Summer Flute Academy and a featured Teaching Artist for its Summer Flute Blast.

An active professional flutist, she has performed with the Evanston, Skokie Valley, Paducah, and Fayetteville Symphonies, Chicago Vintage Brass Band, BETA Flute Quartet, new music group Ensemble Vulpine Lupin (now Fonema Consort), and the Salomon Chamber Orchestra. As a soloist, Dr. Reynolds has been a featured guest with the Vox Novus: Composer’s Voice Concert Series in New York City, the inaugural concerts of the Charles Washington Chamber Music Society, and has been featured in recital at Weill Recital Hall at Carnegie Hall, NY, the Elgar Room at Royal Albert Hall in London, and venues throughout the United States and Italy. She has been a top prize winner in the Mid-South Flute Society’s Young Artist Competition, Sigma Alpha Iota Graduate Performance Awards, and the London and Rome Grand Prize Virtuoso International Music Competitions during which she was also awarded a Special Prize and a debut performance at Carnegie Hall. Dr. Reynolds was a finalist in the 2017–18 Instrumental Soloist division of The American Prize for Instrumental Performance, and was named the 2017 recipient of the Sigma Alpha Iota Doctoral Grant for her dissertation that studied vibrato in early recordings of Claude Debussy’s Syrinx.

An avid supporter of new music, Dr. Reynolds has performed over thirty-five world premieres and commissions and continues to collaborate with composers throughout the world. Along with her trombonist husband, Patrick Reynolds, she was invited by Vox Novus: Composer’s Voice to open a call for flute and trombone duo scores for the concert series project titled Fifteen-Minutes-of-Fame. With this series, the duo premiered 15 new one-minute works by composers from across the globe.