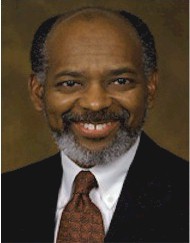 Expertise and Activity Statement
Joining the ISU faculty in 1990, Samory Rashid previously served at the University of Maine, the University of Illinois at Chicago, and Lincoln University of Missouri. He was an Analyst with the Illinois Bureau of the Budget and the Illinois House of Representatives Appropriations staff under both Republicans and Democrats. He also coordinated the State Government internship program at Lincoln University and worked briefly in city government in St. Louis County and as a free-lance writer for the St. Louis Argus Newspaper. He was a Visiting Associate Professor at UCLA in 1998 and his wife is an Associate Professor of Geography at ISU. Dr. Rashid earned M.A. and Ph.D. degrees from The University of Chicago, B.A. and M.A. degrees from Southern Illinois University and completed a year of graduate study at Northwestern University. His areas of specialization are International relations, African studies, and Islamic studies. Since arriving at ISU, Dr. Rashid has traveled extensively throughout the Middle East, Africa, Western Europe, and North America. He has also taught American government, Theory, Public Administration, methods and a special topics course devoted to international terrorism.

Dr. Rashid is the author of Black Muslims in the US: History, Politics, and the Struggle of a Community (Palgrave Macmillan, 2013)..