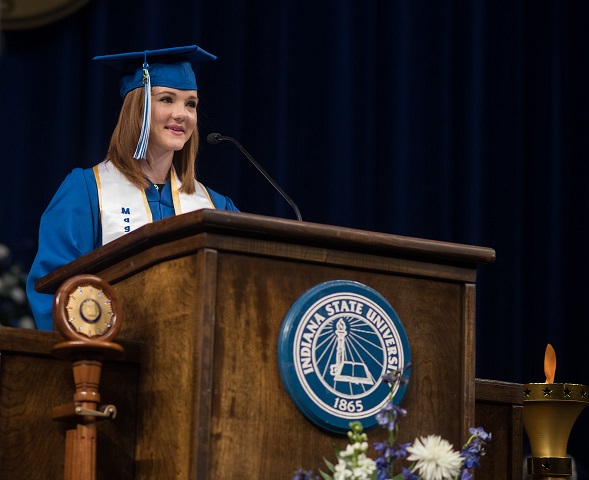 Established in 1994 by friends and colleagues to honor his memory.  Dr. Perry joined the faculty of the Department of Political Science in 1986 and served as Director of the Pre-Law (now Legal Studies) Program. Dr. Perry was well-known and respected by both his peers and his students.  This award is presented annually to a graduating senior with a Legal Studies major, and the recipient is designated as the department's outstanding Legal Studies senior.

Established in 1981 in memory of James D. Acher, an attorney and member of the ISU Board of Trustees for sixteen years. The award is given to a student majoring in Legal Studies who is a junior or a senior and who has a high cumulative grade point average.

Established to honor his memory.  Dr. Matthews served for 20 years as a Department of Political Science professor and also served as the department’s Legal Studies advisor.  Presented to a junior Legal Studies major who displays academic excellence.

Established in 1989 by Doris R. Gilfoy in memory of her husband. Mr. Gilfoy was an alumnus of ISU and served the University as Director of Alumni Relations from 1947 to 1951. He later was Director of Secondary Education in the Indianapolis public school system. The award is presented annually to a junior demonstrating academic achievement, with preference given to a student pursuing a secondary education degree.

Established in 1989 by family, friends and colleagues to honor his memory.  Dr. Harader joined the faculty of the Department of Political Science in 1969, specializing in Public Administration and was director of the Public Administration graduate program.  He was a highly respected teacher.  Awarded to a junior/senior political science major.

Established in 1997 by Mrs. Lavelda Johnson to honor the memory of her husband.  A Department of Political Science faculty member since 1964, Dr. Johnson also served as Associate Dean of Arts and Sciences, and General Education Director.  His first love was always for the students and he served as a teacher and mentor for hundreds of students throughout his academic career.  Presented to an undergraduate political science major who possesses a 3.0 or higher cumulative GPA.

Established in 2009 by the department to honor his memory.  A Department of Political Science member since 1967, Dr. McDowell taught state and local politics and served as internship director and student advisor.  A dedicated teacher, he wanted to help students to better understand politics.  This award recognizes a sophomore or junior with preference given to a student active in campus, local, or state politics in Indiana or Illinois.

Established recently, in 2017, by Political Science graduate, Rodger D. Grinley, who has generously contributed to the department and the university annually for many years.

Established in 2018, by Political Science graduate, Scott Racop, who currently is a practicing attorney in Terre Haute.

This award goes to an undergraduate student majoring in political science and holds a GPA over 3.2. Preference is given to a student originally from Knox County. The award is named after ISU political science alumnus and attorney Christopher Lee. The Lee Law Firm is a top three bankruptcy firm in the state of Texas. Mr. Lee manages multiple law offices in the Dallas area.