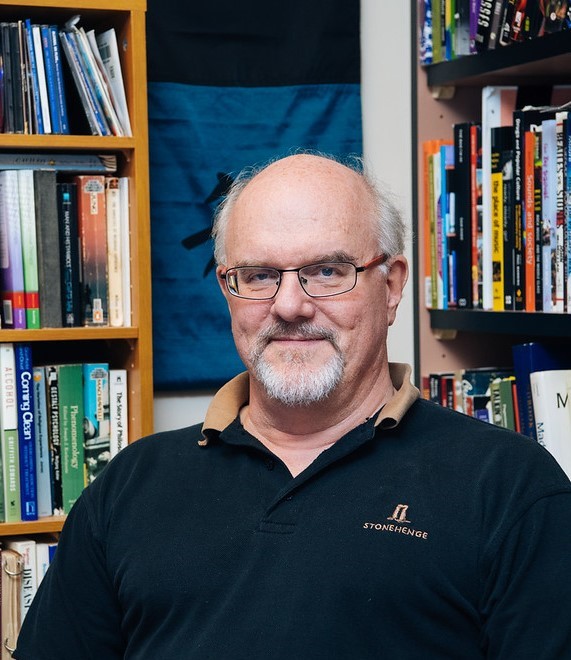 Most of his previous research at ISU focused on social and motivational influences on substance use in college students, including the role of drinking games in socializing students into heavy drinking and the role of religiousness and spirituality as protective factors against the development of alcohol use and problems.  He is also interested in the role of drugs in various music "scenes" and is currently working with a student studying drug use in the Electronic Dance Music scene in the U.S.  His research has been funded by the National Institute on Alcohol Abuse and Alcoholism and the Centers for Disease Control.  In April 2005 he received the Theodore Dreiser Distinguished Research and Creativity Award, Indiana State University's highest award for research and Creative activities.

As a composer, Dr. Johnson has written works for jazz band, jazz combos, chamber ensembles, orchestra, and choir as well as numerous folk and rock songs and two full length musicals.  He has also written several short plays and has two plays and a book in progress.  He performs "irregularly" on keyboards, trumpet, and guitar.

Dr. Johnson teaches courses in Cognitive Therapy, Psychology of Music, History of Psychology, Positive Psychology and Theories of Addiction.  He has also had the privilege of being able to teach in ISU's summer program in London on "Sex, Drugs, and Rock & roll:  Drug Cultures in the US and the UK."

Johnson, T.J. (2013).  Addiction and the search for the sacred:  Religion, spirituality, and the origins and treatment of substance use disorders.  In K.I. Pargament; A. Mahoney &E.P. Shafranske (Eds.); APA Handbook of Psychology, Religion and Spirituality (Vol 2):  An applied psychology of religion and spirituality, pp. 297-317.  Washington, DC:  American Psychological Association.

Johnson, T. J., Sheets, V. L. & Kristeller, J. (2008). Identifying Mediators of the Relationship Between Religiousness/Spirituality and Alcohol Use. Journal of Studies on Alcohol and Drugs, 69, 160 - 170.

Kristeller, J., & Johnson, T. J. (2005). Cultivating Loving-Kindness: A Two-Stage Model for the Effects of Meditation on compassion, Altruism and Spirituality. Zygon: Journal of Religion and Science, 40, 391 - 407.

Johnson, T. J. (2001). Review of Introduction to Addictive Behaviors by Dennis R. Thombs and Psychological Theories of Drinking and Alcoholism by Kenneth E. Leonard and Howard T. Blaine. Journal of Psychiatry and Law, 29, 357 - 361.