Home » Department of Theater » About Us

Crossroads Repertory Theatre, also known as Crossroads Rep or CRT, is a professional summer repertory theater company housed on the Indiana State University campus. Crossroads Rep produces both classic and new plays and musicals, as well as educational programs and staged readings. Now in its 57th season, Crossroads Rep is a vital presence in the Wabash Valley and continues to serve an important role within this region of the Midwest.

Crossroads Rep fosters connections between Department of Theatre students and industry professionals. In addition to networking, Indiana State University students gain paid, professional theater experience in all aspects of production: acting, design, technical/backstage, administration, and more. Students have had their original plays produced, acted in multiple shows a season, worked in the scenic or costume shops, learned front-of-house operations, worked in marketing/publicity, and more. Students can participate in CRT during one or more summers while they are students, which means they graduate with professional theater credits on their résumé.

Auditions and technical interviews are held in early January of each year. Information about audition/interview requirements can be found here. 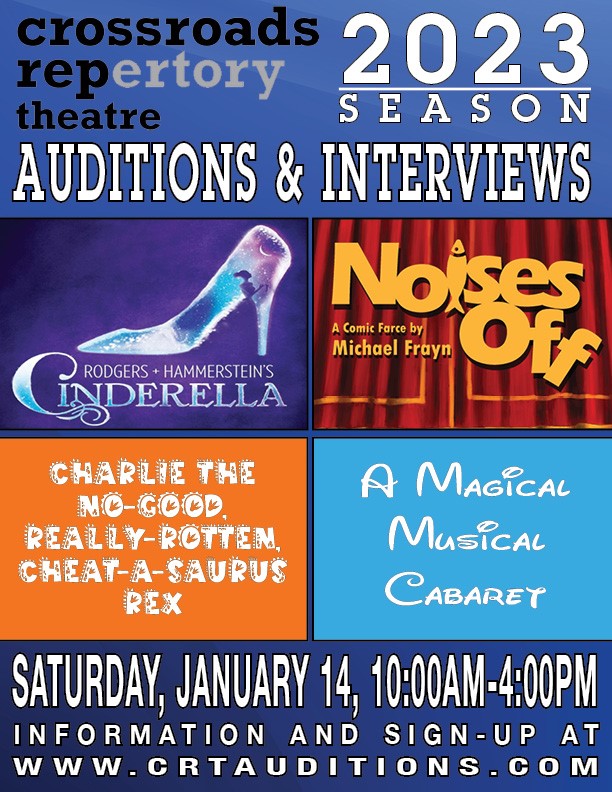