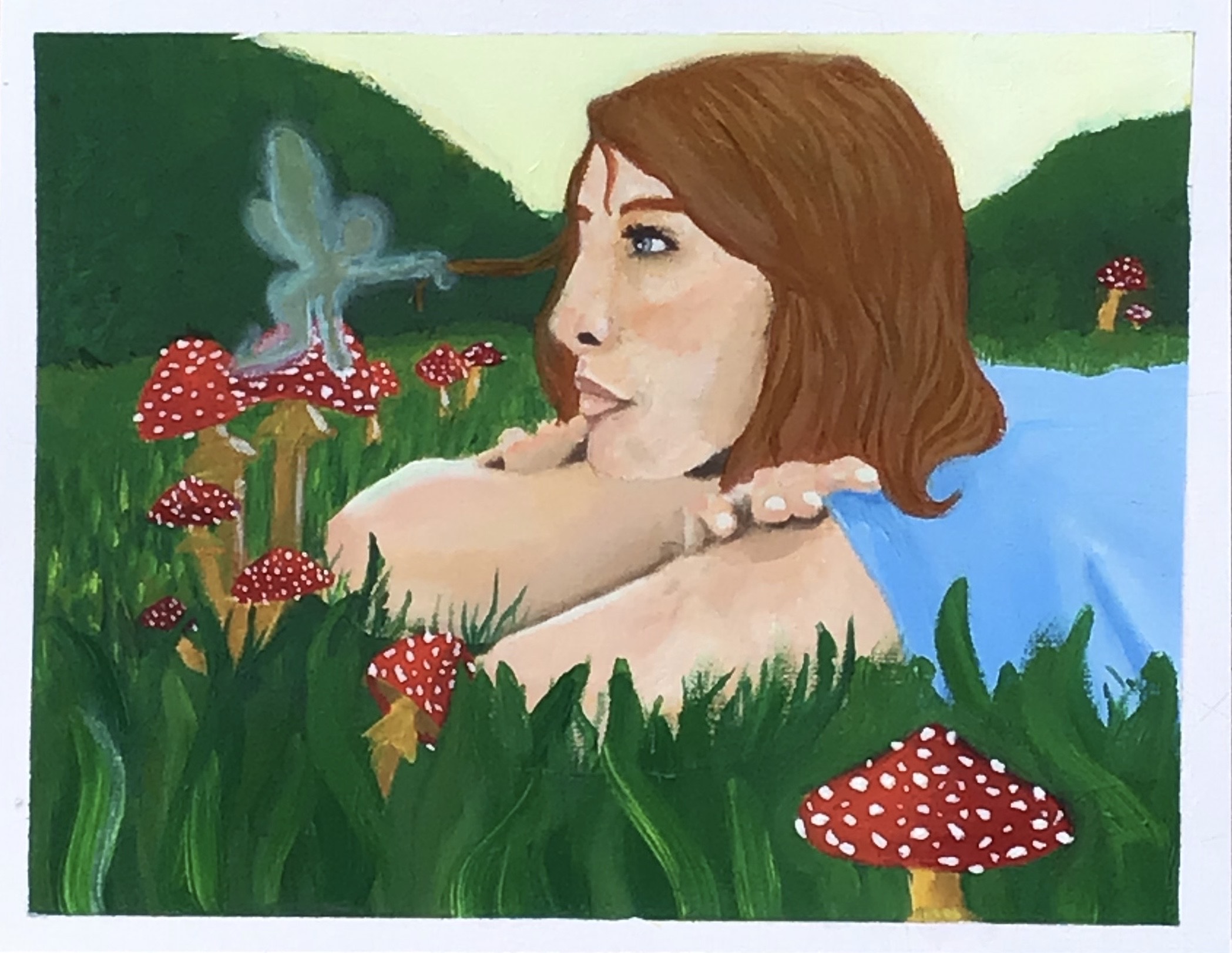 This piece is a reflection of myself and my belief in the unbelievable. I am laying in a ring of mushrooms known as a ‘fairy ring’. It is believed that to step inside a fairy ring you will be transported into the realm of the Fae, which is beautiful, spectacular and also dangerous. I am laying in the fairy ring, separated from the world of the norm and the mundane. A small sprite plays with my hair as I look at peace there. I believe in magic and the unknown and unexplainable. This is not only a physical reflection of myself but also a spiritual one. As a witch I am constantly in limbo between the physical world and the magical one. I wanted to capture myself in this state and give others a sense of my inner self and my beliefs.