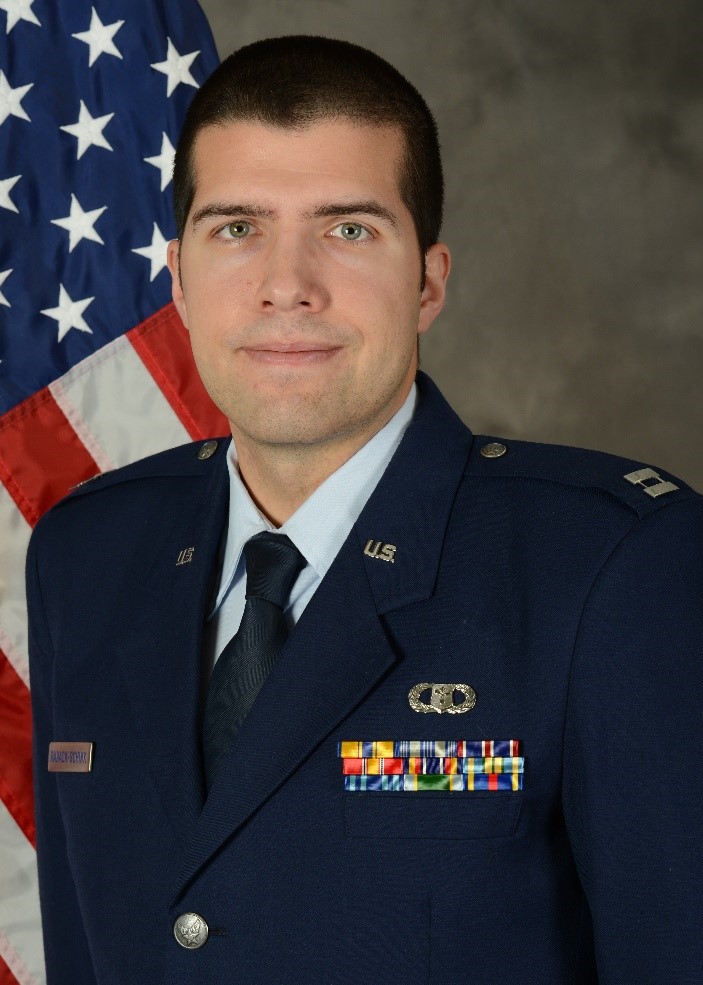 Capt Benjamin R Raback-Schink is the Operations Flight Commander at AFROTC, Detachment 218 at Indiana State University. There he is responsible for professional and physical training of cadets as they learn to become officers in the United States Air Force and the United States Space Force. Additionally, he teaches academic lessons within the Aerospace Studies program.

The captain received his commission from the Reserve Officer Training Corps at the University of North Dakota in 2012. He was stationed at Scott Air Force Base as a Senior Duty Officer for the 15th Operational Weather Squadron before moving to become the Weather Plans Division Chief at the 618th Air Operations Center. He completed the Squadron Officer School in 2016. After that he was became the Weather Fight Commander at the 7th Operational Support Squadron, Dyess Air Force Base, Texas. Prior to his current assignment Capt Raback-Schink was the OIC of Aviation Weather Operations at Fort Riley, Kansas.

Captain Raback-Schink deployed in 2020 to Camp Arifjan, Kuwait in support of Operation Inherent Resolve as the Officer-in-Charge of Weather Operations. His responsibilities included overseeing a team of three Staff Weather Officers and at the Combined Joint Operations Center. While primarily focused on providing real time weather data to the operations floor and mission planners, these duties also included daily briefings to numerous general officers on a variety of environmental topics.