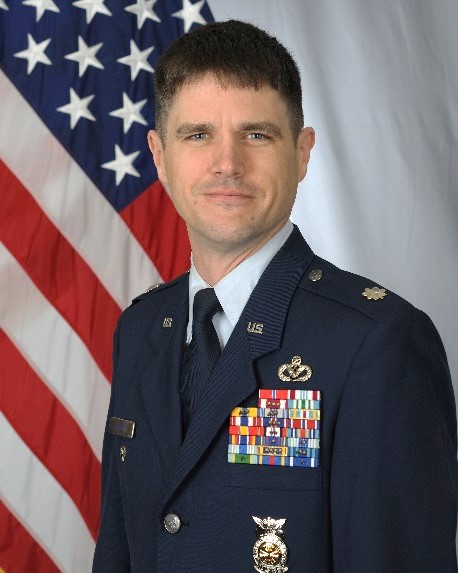 Lieutenant Colonel David A. Sulhoff is the Commander of Air Force Reserve Officer Training Corps, Detachment 218 and Professor and Department Chair of Aerospace Studies at Indiana State University. He is responsible for recruiting, training and commissioning all AFROTC cadets on the Indiana State University campus, as well as cadets from 3 other cross town colleges in the Terre Haute region.

Lieutenant Colonel Sulhoff was born in Omaha, Nebraska. He entered the Air Force in 2001 as a graduate of the AFROTC program at the Georgia Institue of Technology.  He has been assigned to numerous squadron, group, wing, staff and Joint expeditionary tasked home station and deployed positions.

Information current as of 12 May 2022 and is subject to change.