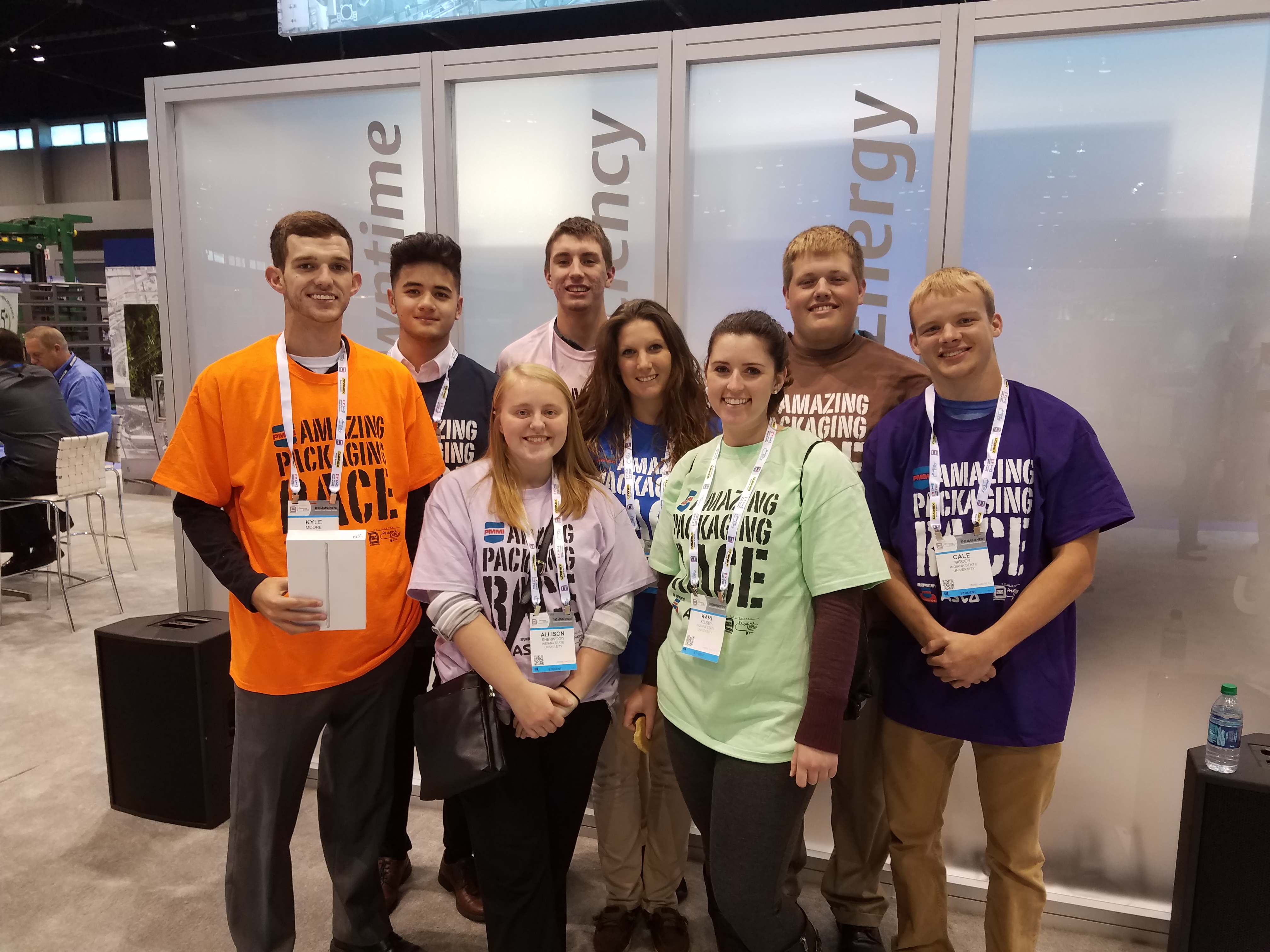 (August 2016) The Amazing Packaging Race is a student-based scavenger hunt within the PackExpo in which the students explore numerous exhibits and complete challenges created by exhibitors. The student groups are composed of students from different universities. The competition placed the top three teams, two of which had ISU students. We had a student that was on the first placed team Kyle Moore (orange), and a student on the third placed team Travis Strauch (pink). 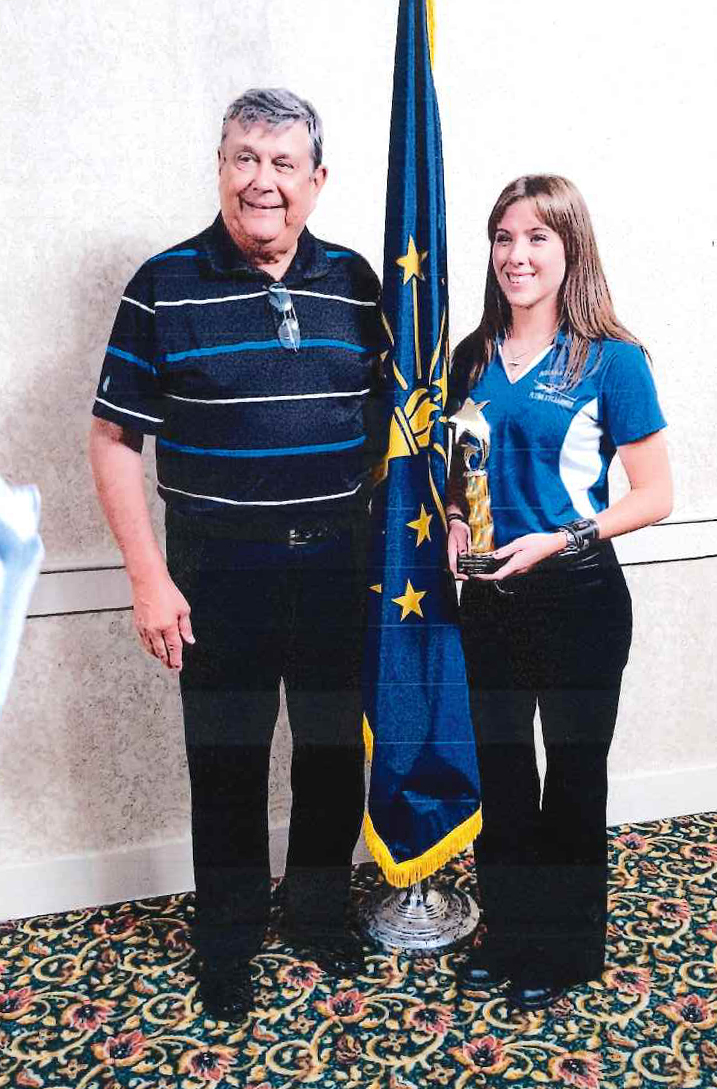 (July 2016) Kayleigh Bordner a senior in Professional Aviation Flight Technology was recognized as an eloquent speaker by the president of the Indianapolis Aero Club, Lee Shafer, for her remarkable knowledge in the history of aviation and about her positive experiences as a student at Indiana State University. Her speech left an impression on the audience at the meeting who were mostly pilots, many of whom had tens of thousands of hours of experience flying. 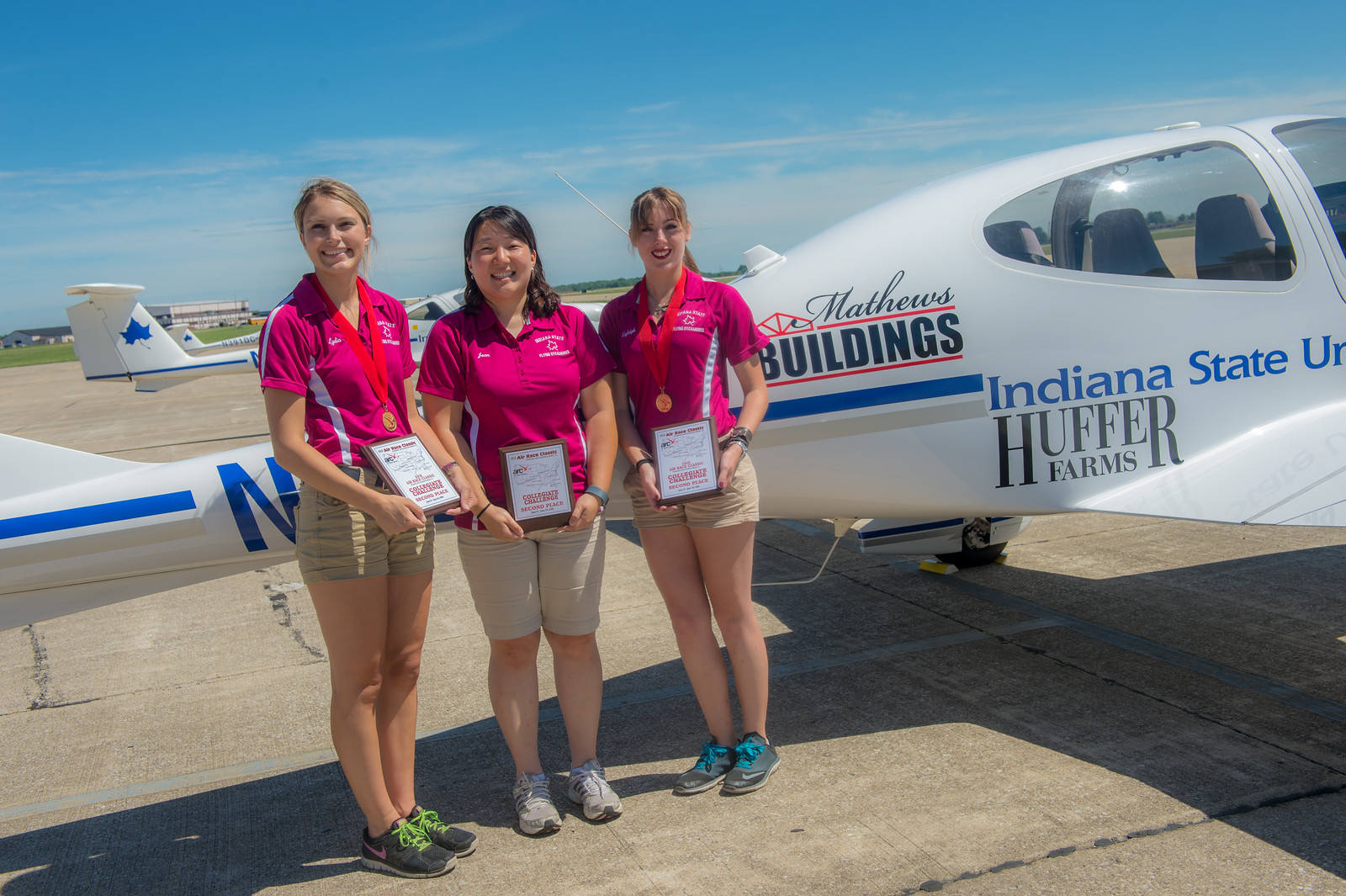 (June 2016) Indiana State University students Lydia Kost of Terre Haute, Kayleigh Bordner of Bringhurst, Ind., and MiJin Kim of Terre Haute made up Team Classic 5 "Flying Sycamores" and placed second, earning $3,000 and Bose A20 headsets for each member of the team
» Read the full story. 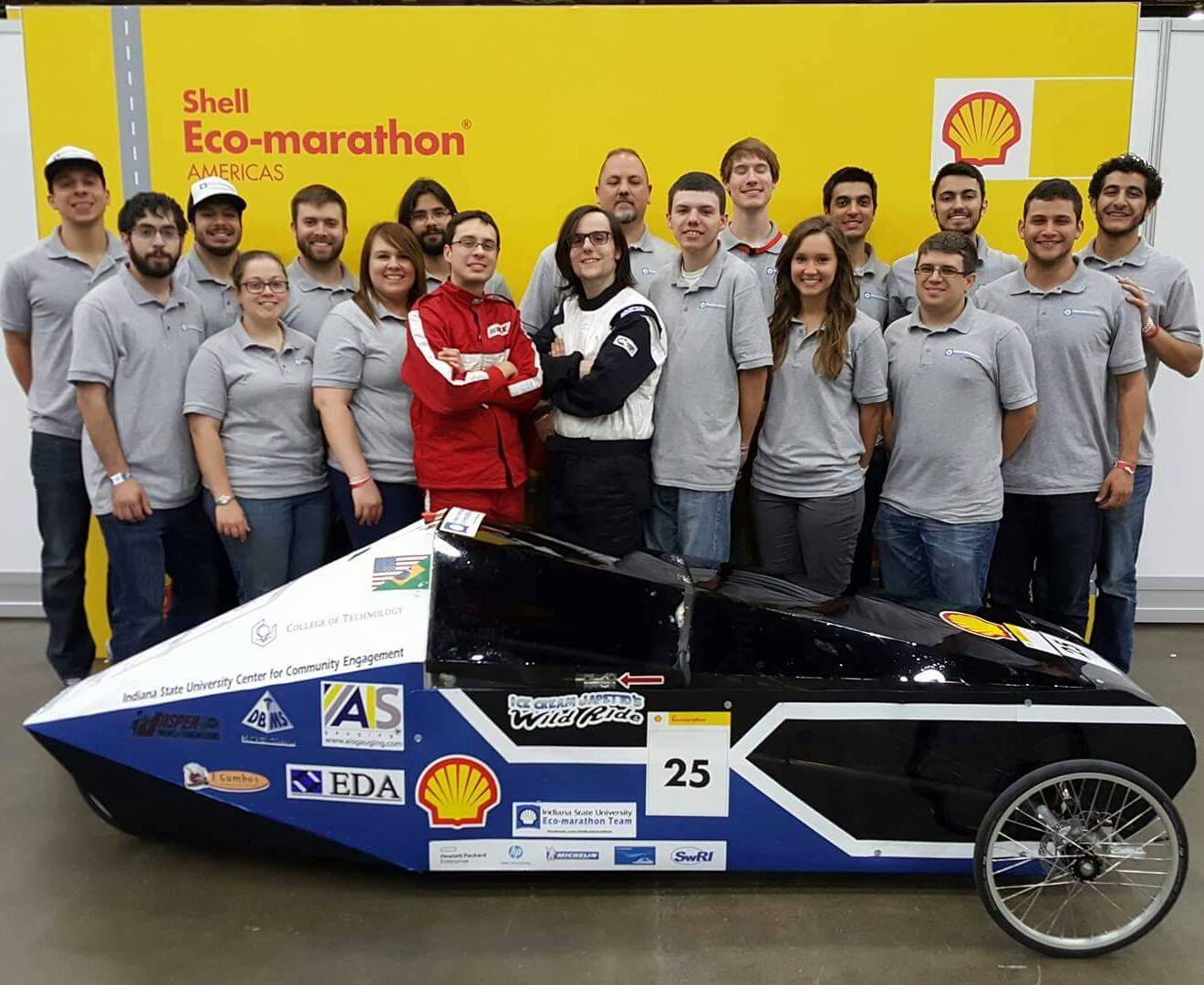 (April 2016) The Shell Eco competed in their first Shell Eco-marathon Americas the weekend of April 23, 2016. It was six days of learning, working, frustration, pride, exhaustion, and facing new challenges.

The team represented ISU well by not only designing and building a vehicle in their first year, but by passing technical inspection quickly and placing 21st of 45 teams in their class!

Sycamore Leadership Program of the Year 2016 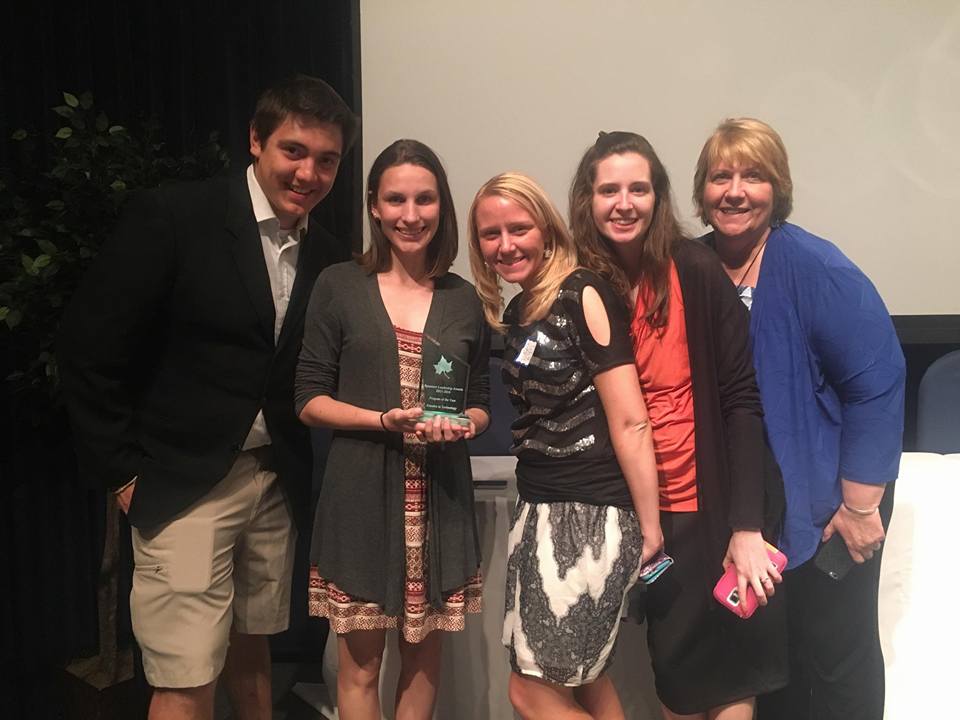 (April 2016) The Females in Technology (FiT) organization was recognized as the 2016 ISU Program of the Year for the annual event FIT for the Future. The Program of the Year award is presented by ISU to the student organization that developed a program that provides opportunities for students to learn about themselves and others; gives students the primary role in planning; includes effective implementation, promotion, and evaluation of the event; promotes a sense of campus community and school spirit; and is well attended and organized. This year 160 high school girls from 12 high schools attended. 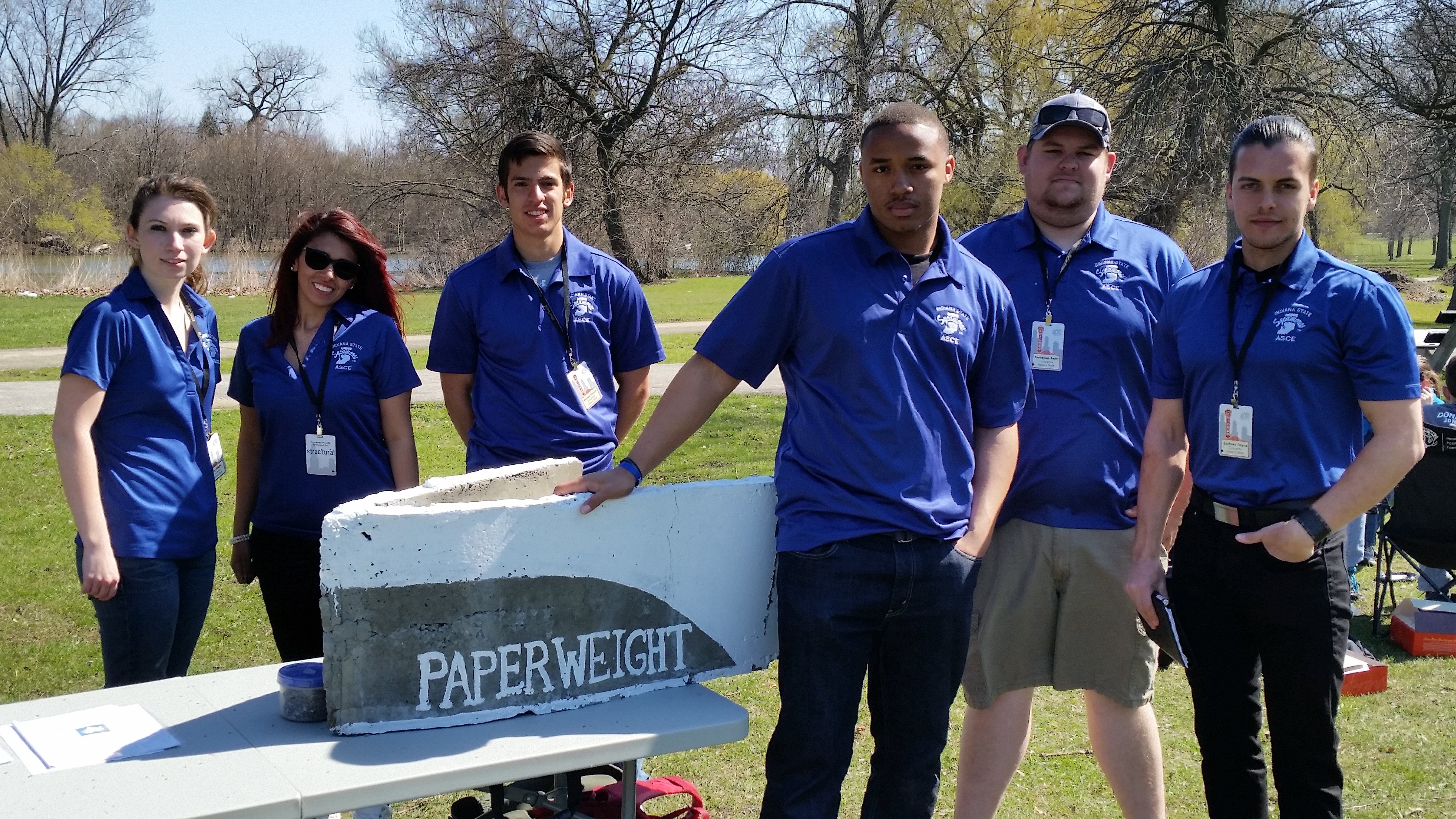 (April 2016) The American Society of Civil Engineers (ASCE) participted in the 2016 Great Lakes Student Conference (GSLC): Concrete Canoe Division. This is ISU’s first attempt at this competition and the team experienced some success placing above several other universities in the design report and oral presentation sectors. Although ISU was unable to present a physical canoe to the racing portion of the conference, ASCE has high expectations entering the 2017 GSLC with their new found experience. 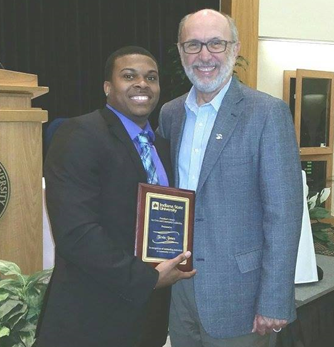 (April 2016) Congratulations to Tevin “Mr. T” Jones, senior in Mechanical Engineering Technology, who was awarded the President’s Award for Civic and Community Leadership. This award is presented annually to an undergraduate student at ISU who has made community and civic engagement integral to her/his college experience.