Mike Lunsford: Marion Jackson 'was a gift to us, a treasure'

Twenty years ago, I read a short essay by Marion Jackson. In it, he described how, as a boy of 13, he climbed to the top of a huge beech tree to retrieve the eggs of a red-shouldered hawk a neighbor had killed.

Nearly 80 feet from the ground, he hesitated long enough amid the swaying branches to button the eggs into his shirt pockets, then gazed out across the “undulating tree crowns” of the Ripley County forest below him. He wrote that the trees had “…the first wash of spring greening,” and “I beheld a sight that I will never forget.”

We lost Marion a few weeks ago. At 85, he had lived a life that was as rich and full as a man can have; he was a gift to us, a treasure. His memories and observations, written in the cadences and language of a poet, are with us still, but Marion’s legacy also lives on through the land he worked hard to preserve and the many friends who already miss him. He wanted future generations to experience what he said was the opportunity, “…to develop a deep and abiding kinship with the landscape and all of its life.”

I knew Marion, although not well enough; he kindly endorsed one of my books years ago, knowing, hopefully, how much I admired his magnificent “The Natural Heritage of Indiana” (Indiana University Press, 1997, 482 pages), a massive anthology of essays, photographs, and maps that he both edited and contributed to.

I consider it the best single volume about the natural history of the state I’ve ever seen, and I often find myself gravitating to its heft when writing or thinking about a bird or tree, an outcropping of stone or a patch of weeds.

Born August 19, 1933, on a 160-acre farm south of Versailles, Indiana, Marion spent his childhood in both self-sufficient work and outdoor exploration, awed by a life in tune with tilled soil, blackberry patches, and a rock quarry pond. Along with his small school, and even smaller church, that patch of earth constituted the world of Tanglewood, and, as he put it, “We grew up close to the land, and its multitude of creatures, living life in a way that enabled us to see ourselves as part of the environmental web that supports all life.”

For a man who accomplished so much, Marion remained true to his roots, as he said, to the “world that was to stay with me throughout the rest of my life.” From a family of nine trying to feed itself on a little corn, winter wheat, and chickens, to the U.S. Navy Reserve, to earning his doctorate at Purdue University, to a long and distinguished teaching career at Indiana State University and Saint Mary-of-the Woods College, Jackson never forgot the “horse-powered farm in southern Indiana.” Despite its lack of electricity and indoor plumbing, those rural days ingrained in him a healthy fear that a totally urbanized existence leaves us bereft of the simple riches of nature.

Always educating, instructing, and teaching those virtues, Marion became deeply involved locally with, among many other organizations, the Wabash Valley Audubon Society, TREES, Inc. (along with the late Joy Sacopulos), and the Ouabache Land Conservancy.

To the Conservancy, Marion donated 15 acres of what would become known as the Jackson-Schnyder Nature Preserve. Located just west of Saint Mary-of-the-Woods campus, the property was formerly owned by Julius Schnyder, a Swiss immigrant who bought it in 1929. Marion purchased the acreage from the family and once referred to it as his “personal retreat.” It has not been logged for nearly 80 years now, and he enjoyed walking the land with anyone who was willing to wander its ravines and patches of wildflowers and listen to his stories and lessons.

Marion purchased the acreage from the family and once referred to it as his “personal retreat.” It has not been logged for nearly 80 years now, and he enjoyed walking the land with anyone who was willing to wander its ravines and patches of wildflowers and listen to his stories and lessons.

“You can take the boy out of the woods, but you can’t take the woods out of the boy,” Keith Ruble, former Superintendant of Vigo County Parks, said of his good friend. “One of the greatest gifts that Marion left us was his influence to save natural areas of Indiana. He told me that his students were good, but they did not get what ‘I got growing up.’ I asked him what he meant, and he said, ‘You learn about nature by personally experiencing it, but my students today learn it from books.’ He sure was a good friend, and I will miss him,” Ruble added.

Mary Beth Eberwein, who was a student of Marion’s in courses such as Ecology, Plant Taxonomy, and Wildlife Conservation, soon became a friend and colleague; she eventually spent 16 years as director of the Dobbs Park Nature Center. She says of him, “He was not only a good teacher, but an interesting one, as well. I especially enjoyed going on field trips with him since he always had good illustrations and funny stories to entertain us… I was very impressed with Marion’s knowledge of trees and their uses, and I wonder if he learned some of those from his father and grandfather.”

Eberwein added, “I’ve never been very good at finding bird nests, so I was impressed with him when he told me about the little notebooks he kept as a child, filled with notes on the nests he had found… We all have good memories of Marion.”

John Whitaker, who has spent decades studying the natural world himself, was both a fellow teacher and friend of Jackson’s. “Marion often talked of his family and growing up on the farm near Versailles. Very similar to me, he hunted and fished, and gathered greens, berries, nuts and fruits,” Whitaker says. “He often said that he should have been born much earlier. We talked considerably about the human population problem.” But when it came to politics, Whitaker told me that Marion simply said, “Oh, hell, John. We can’t do anything about it anyway.”

Laura Bakken, along with husband, George, also delighted in knowing Marion. She said, “He helped us enormously when we bought our ramshackle farmhouse near the Markle Mill Dam. All the fruit trees have since died, but we will always remember the time he spent helping us prune, or turn the cherries into wine, or harvest the apples. His stories were always fascinating, and I wish he’d written more of them down.”

Over the years, Marion and I had a nodding acquaintance kind of friendship. I heard him speak a few times, but never sat in one of his classes or tagged along on one of his walks. It is my loss, for whether he knew it or not, I admired his natural life, one rougher and more hardscrabble than mine, yet one I connect to each time I head to the woods.

He wrote about and spoke of the lives of creeks and forests, of grapevines and owls, of breezy solitude and laughter-filled friendships, and in that essay he said he feared, as naturalist John Muir had, a life of “the characterless cable of conformity.”

Whenever he worried about that, I believe Marion returned to the memories of his “homeplace,” perhaps of those hawk eggs, which he kept for the rest of his life, and of what he called, “the carefree barefoot days of fencerow rambling.” 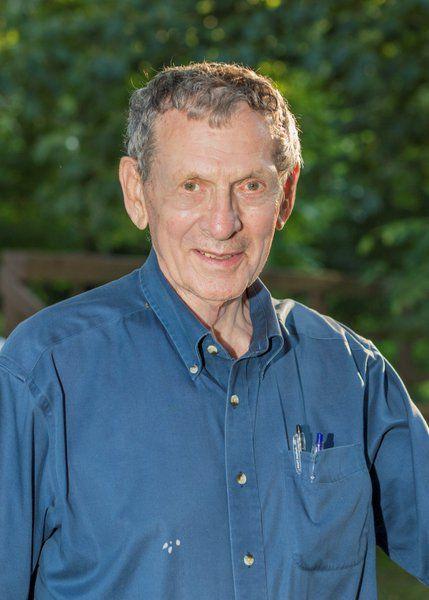