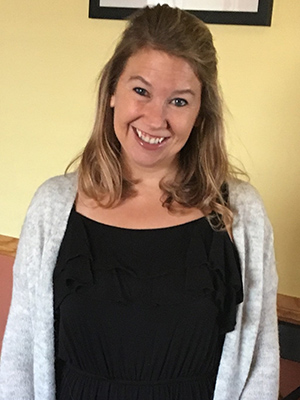 My name is Angela Calloway and I graduated with my B.S. in Anthropology in 2002.  Upon graduation I received an internship at Chaco Cultural National Historic Park in New Mexico, where I lived at the end of a very long dirt road and gave tours through Pueblo Bonito.  While at Chaco I took a five week hiatus to attend an archaeological field school at the University of Nevada, Reno gaining experience with archaeological survey and excavating in west-central Nevada.  When I finished my Chaco internship I decided to head to Reno and find a job in archaeology, before long I found myself surveying throughout the state of Nevada with the United States Forest Service (USFS).  Getting paid to hike and look for artifacts – what could be better!  I eventually decided to pursue my Masters and started the California State University, Sacramento graduate program in 2005, while I also continued to work for the USFS. I graduated with my M.A. in Anthropology (with emphasis in Archaeology) in 2013.

In 2008 I was offered an Archaeologist position with Caltrans (California Department of Transportation) in Bishop, CA.  In 2014 I was promoted to the Environmental Office Chief where I manage a team of Environmental Planners (archaeologists, biologists, etc.) ensuring compliance with numerous State and Federal laws and regulations for Caltrans projects within the Eastern Sierra and Mojave Desert.

I live and work in a beautiful place tucked between two mountain ranges, the Sierra Nevada and White Mountains, which encompasses the lowest (Badwater Basin) and the highest (Mt. Whitney) points in the contiguous U.S.   I enjoy the outdoors and traveling, and you might also find me on stage now and again performing with our local theatre group (Playhouse 395).

I owe my professional success to my ISU professor, Dr. Kathleen Heath.  Her guidance and mentorship influenced my career and educational path, and I’m certain I would not be where I am today without her.  I am honored to become an ISU mentor, it is invaluable to have those you can turn to for guidance, and I am happy to help any student in anyway that I can.  It’s the least I can do, especially since I had the most amazing mentor anyone could ever ask for!