Monday, November 9-November 20, from 1:00 p.m. to 7:00 p.m. in the Turman Gallery of the Fine Arts Department, Indiana State University

Reception: Thursday, November 12 from 4:30 p.m., followed by lecture (see below)

Only 69 kilometers from Prague, the fortress of Theresienstadt (Terezin) became a Jewish concentration camp after German forces expanded into Czechoslovakia during the late 1930s. Under the pretext of protecting the Jews from the horrors of war, Hitler sent thousands to be housed there, where the population swelled to over 55,000. Many were notable artists, writers, and musicians, who like the other inhabitants, eventually were transported to Auschwitz and killed. Over 97,000 Jews from Terezin died. Among them were 15,000 children, many of whom created art with the guidance of Friedl Dicker-Brandeis, a former student of the Bauhaus School. This exhibit of 40 drawings from over 5,000 that were sneaked out of the camp offers a unique look at the tragic experience of these talented Jewish children. Along with this extraordinary exhibit, current students from Terre Haute North High School, West Terre Haute Middle School, and the ISU Community School of the Arts will display their own works of art that were created in response to the Holocaust. 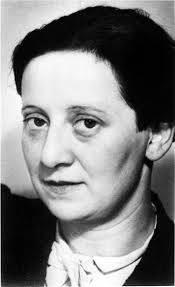 Friedl Dicker-Brandeis, a Bauhaus-trained artist and teacher who was transported to Theresienstadt (Terezin) in1942, committed herself to teaching art to the children in this Nazi ghetto camp until her murder two years later at Auschwitz-Birkenau. Dicker-Brandeis provides a powerful legacy of a heroic art educator working under the most heinous conditions to provide the children with an avenue for serenity through artistic self- expression.

Dr. Leshnoff’s slide presentation will focus on what the almost 6,000 drawings and paintings surviving the war reveal about the children’s experiences and the positive impact Dicker-Brandeis’ unique methods of teaching had on them.