Indiana State alumnus, Dr. Kenneth L. Smith, in June 2021, gave $1 million to the university to honor his late wife and support scholarships in accounting, economics, finance, and history. Smith, who taught economics and finance for 42 years at the university level, met his wife at the University of North Texas. The couple were married for 32 years prior to Theresa’s passing in 2019. 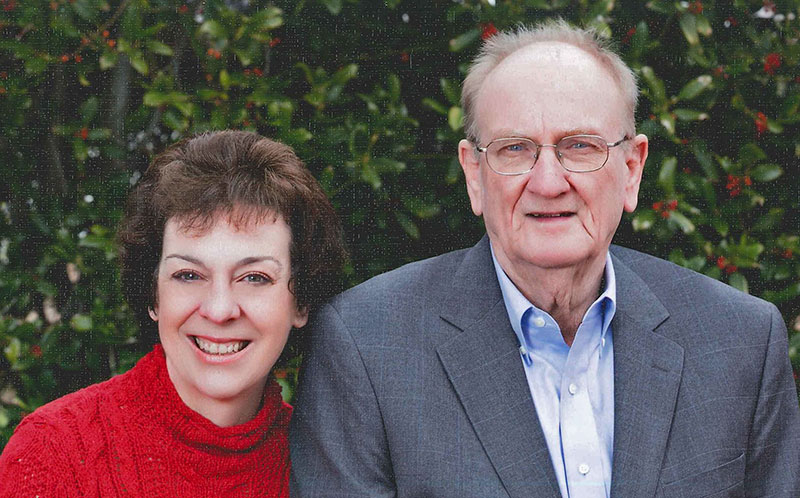 In recognition of the gift, the Board of Trustees approved the naming of the Kenneth L. Smith and Theresa Kathryn (Klein) Smith Magna Carta Courtroom on the second floor of the Federal Building, home of the Scott College of Business. The space, once a federal courtroom, features a mural depicting the 1215 signing of the Magna Carta. It was painted in 1935. Smith said an elementary school field trip to what was then the Terre Haute Post Office and Federal Building left a lasting impression. 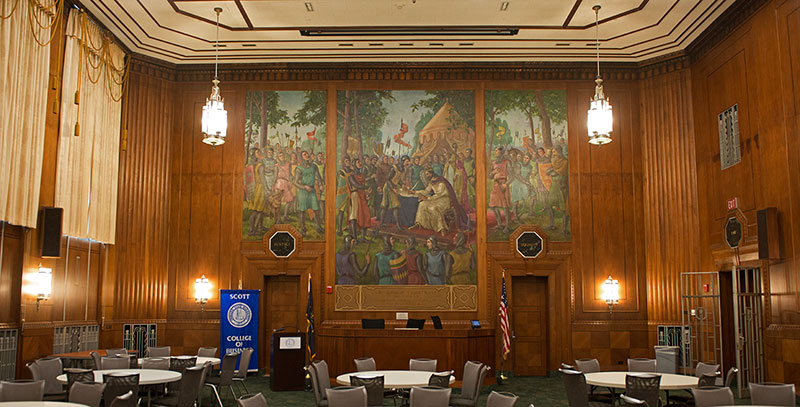 Scott College of Business dean, Terry Daugherty said that "We are extremely proud of Dr. Smith’s career as a business professor and humbled by his desire to support future Sycamores. Ken and Terri shared a passion for accounting and finance, among many other interests, and it is a privilege to honor their legacy together in one of the most distinguished and beautiful spaces on campus."

The Magna Carta Libertatum (Latin for Great Charter of Freedoms), commonly referred to simply as the Magna Carta, represents the confluence of business disciplines (Accounting / Economics / Finance) and Social Sciences (Economics / Anthropology / History / Political Science) as we know them today. The Magna Carta was originally intended to provide barons a degree of freedom from King John in 1215. However, by limiting the government and executive powers over his barons, and by establishing legitimate legal rights, albeit for the nobility only, the document gradually diffused a degree of freedom and due process all over the world for several centuries to come.

This agreement provided for the allocation of scarce resources – would the King be allowed to tax the barons or would they be free to decide how to allocate their funds as they pleased? As such, the Magna Carta is an Economic document. Finance also involves allocating economic scarce resources (income) – between today and the future (e.g., borrowers v. lenders) or between credit and ownership (debt v. equity). Modern Tax Accounting involves making economic decisions to allocate scarce resources as well (e.g., deciding the best method for charitable giving). Modern Managerial Accounting analyzes the allocation decisions of managers in the pursuit of an organization's goals (e.g., decisions regarding board members, management, executive compensation, stock options). Financial Accounting involves reporting these allocation decisions (e.g., short-term vs. long-term debt decisions, liquid vs. illiquid assets) to investors.

Thus, the Magna Carta represents the intersection of Economic decision-making involving accounting and finance that has been ongoing for millennia (as long as trade has existed). Indeed, those who think and write Historically, in terms of centuries rather than years or even decades, are among the most educated.

It was also announced that the Conference Room on the first floor of the Federal Hall would be renamed the Richard W. Smith Sr. and Dorothy Smith Postmaster’s Conference Room in recognition of an additional contribution to Indiana State by Smith, whose father worked in the Post Office for more  30 years. 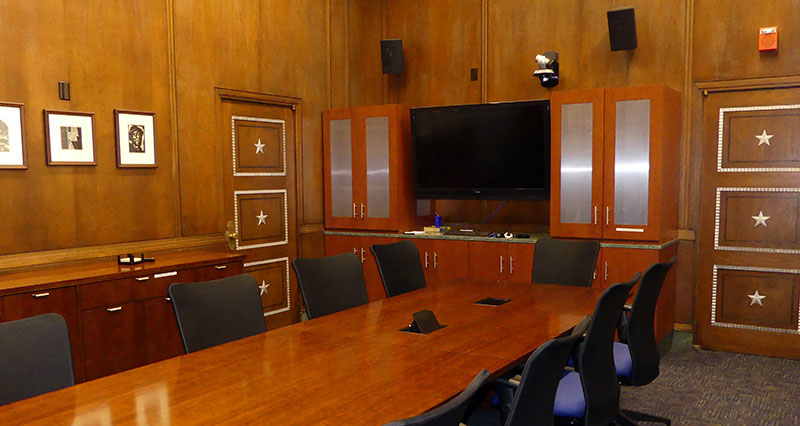