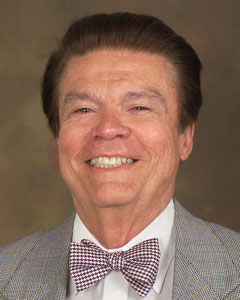 Dr. Eurico Ferreira, professor of finance, received many prestigious awards from Indiana State including the 2006 Theodore Dreiser Distinguished Research and Creativity Award. Awards received from professional organizations include the 2004 Outstanding Research Paper Award by the International Academy of Business and Economics, and Best Paper Awards for his research and scholarship at professional conferences in 2002 and 2003. Eurico was recognized by the College of Business for his exemplary scholarship in 2003, excellence in teaching in 2004, and the 2007 College of Business Research Award. Eurico passed away suddenly on Thursday, January 2, 2014, aged 75.